Wednesday was July 4th, and we started our day by heading out the Boulder Turnpike to the city of Boulder. Just before entering town there is an overlook that has a panoramic view of the city with the Front Range behind it. Next to this rest area is a prairie dog field. 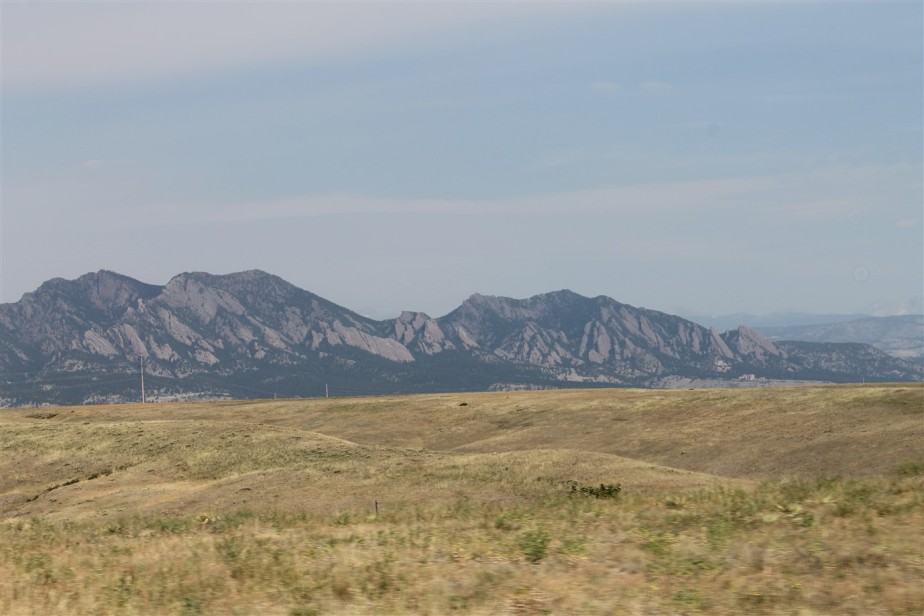 We wandered around town for a while, getting the car washed while forgetting to close the gas cap (no problems, apparently just cleaner gas), then headed up Flagstaff Mountain. This mountain rising about 1800’ above Boulder, and affords a view all the way to Denver. 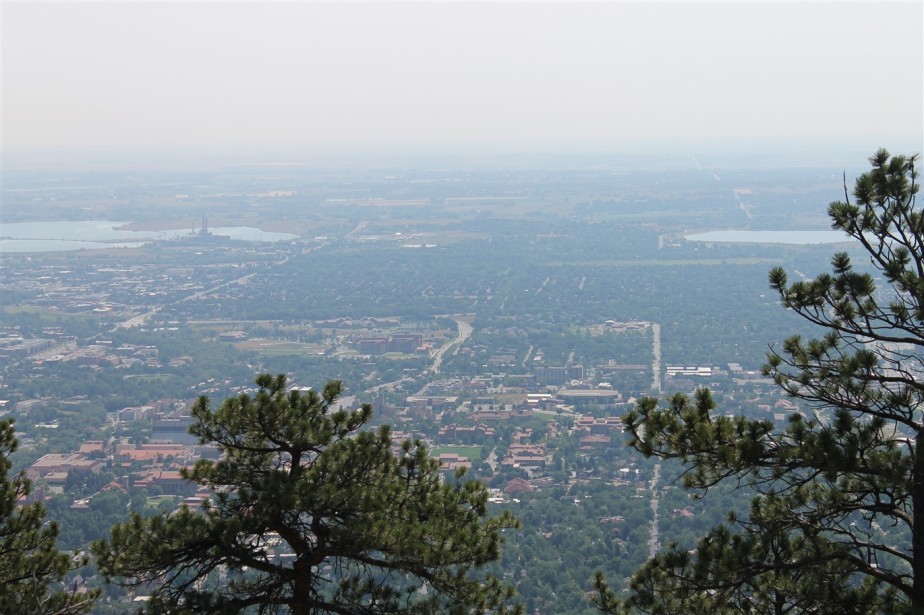 Travelling south from Boulder on Colorado 93 we passed through open spaces with continuous views of the Rockies, which continued all the way to Golden. 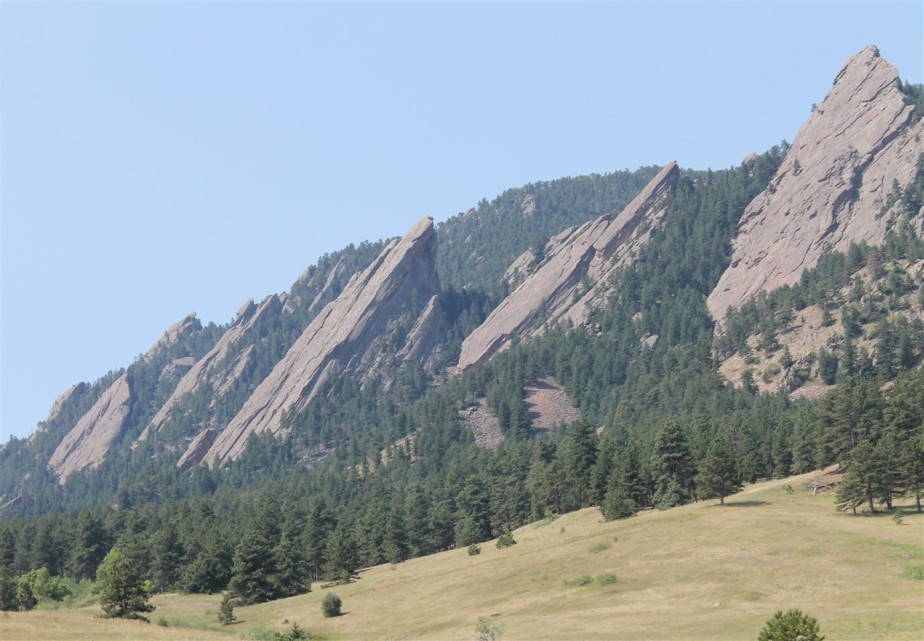 One in Golden we spent a few hours wandering the town and watching the people tubing in the river, and had lunch.

After this we continued south to Dinosaur Ridge. Dinosaur Ridge is a segment of the Dakota Hogback in the Morrison Fossil Area National Natural Landmark located in Morrison. The Dinosaur Ridge area is one of the world’s most famous dinosaur fossil localities. In 1877, some of the best-known dinosaurs were found here, including Apatosaurus, Diplodocus, Stegosaurus and Allosaurus. 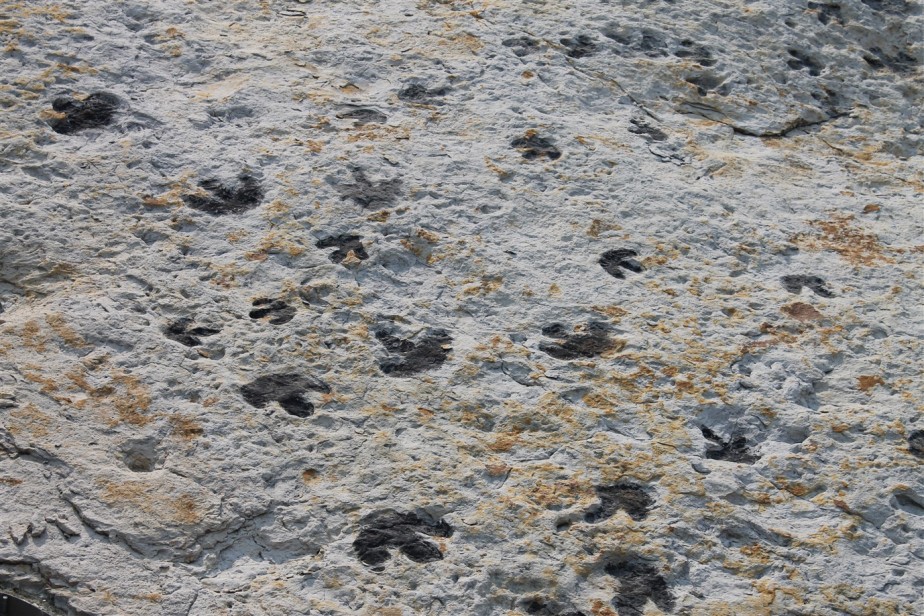 With the high forest fire danger there were no fireworks anywhere in Colorado, but we had something even better, a concert at Red Rocks. I had pre-purchased tickets for a Blues Travelers show. They were celebrating their 25th anniversary, and apparently play Red Rocks every July 4th. This year they opened the show by playing their latest album Suzie Cracks the Whip in its entirety.  The band Fitz and the Tantrums opened. 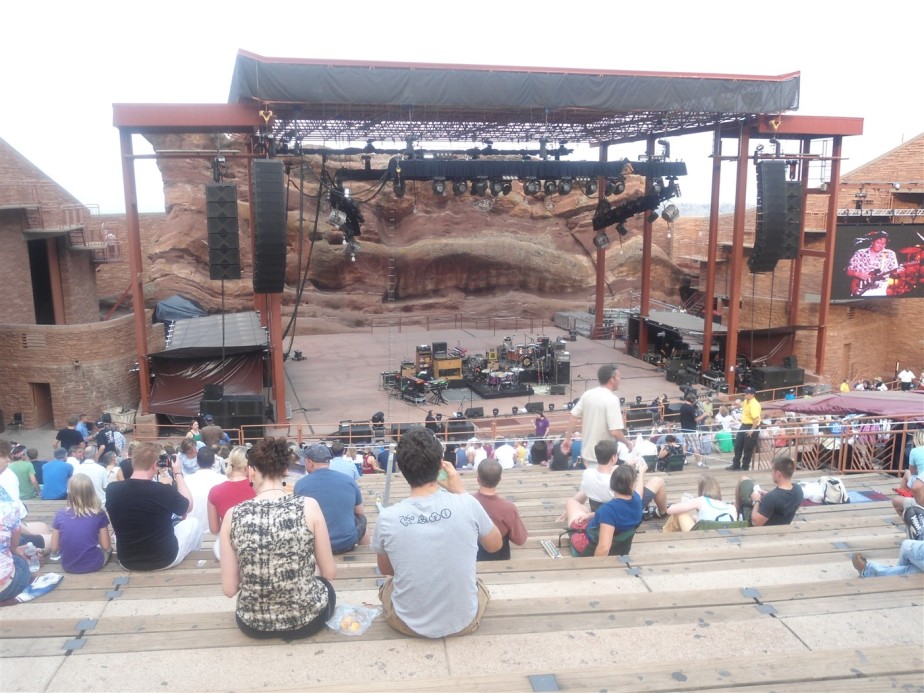 The Blues Travelers played a 25 song set, finished up with a cover of The Devil Went Down to Georgia. We took our time leaving, which was surprising easy, and after a late night snack, was done for the evening. 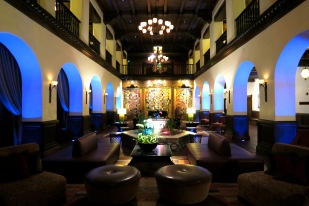