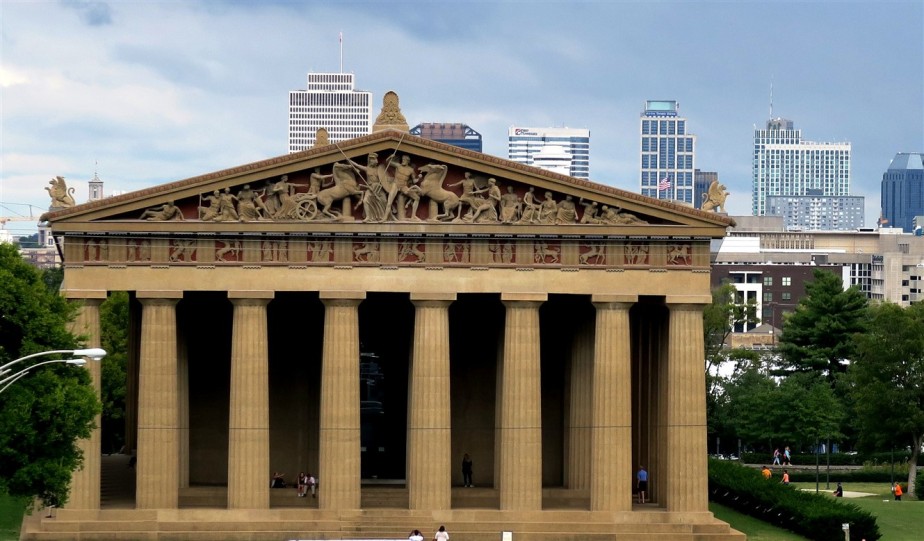 The drive from Florence, Alabama was only about 2 hours in the cool rain. Once we arrived we went to the Tennessee State Fairgrounds for a massive flea market/antique show. We came home with a couple of small treasures, but most importantly it filled the time until 10 AM when the Lane Motor Museum opened

We arrived at the Lane Motor Museum on Murfreesboro Pike in Nashville, opting for tickets for the main museum and the basement tour. The museum boasts a collection of more than 350 cars on display. Lane is known for collecting the unusual and rare cars.

The museum was divided in sections of cars made by country. Cars from Czechoslovakia, France, Great Britain, Germany, Italy, South America and the United States were seen. This is not your typical car museum! Lane Motor Museum features unique cars, bicycles, and motorcycles.

I found the futuristic cars from the 50’s and 60’s interesting. Cars with two heads, two engines, three wheels, cars that fold in half and even one run by a propeller, a car that could be driven forward from either end, and an amphibious vehicle were some of the exceptional vehicles exhibited. 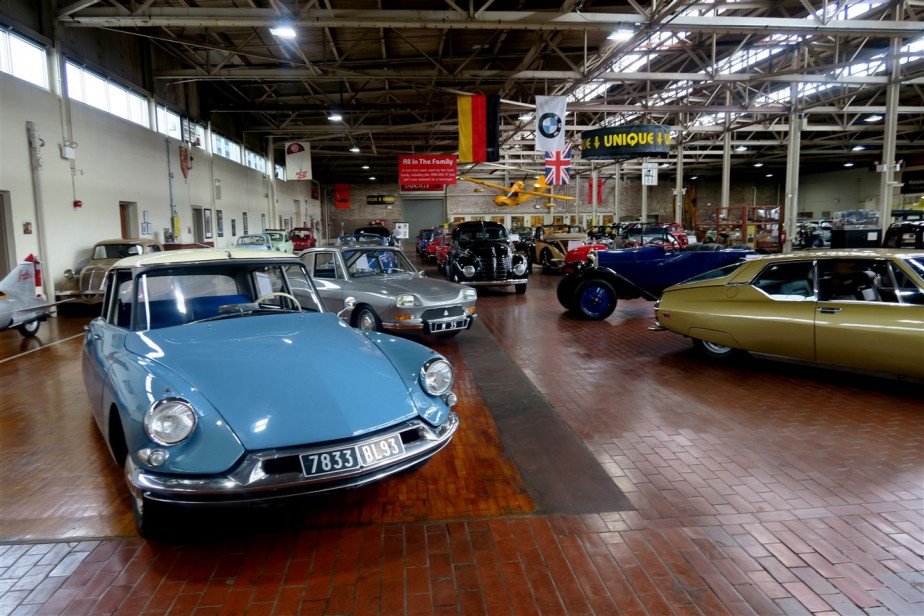 The basement tour provided a tour guide for us since this area is a working garage and cars were on lifts and tools were loosely strewn about. The guide led us through the garage and announced that Lane is proud that all their cars are road ready. He went on about the history and acquisition of many of the individual cars. Some of these cars are driven in road rallies and have won.

Since it was lunchtime we headed downtown, but quickly found the tourist areas packed with faux cowboys and cowgirls in the cowgirl skirts and boots, so we continued to a non touristy area on the west side, finding lunch at the Blackstone Brewery. We both had a great meal away from the multitude of tourists.

From here it was a short drive past Vanderbilt University and to find a craft show in Centennial Park, which is also home to the Parthenon of Tennessee. This building houses an art gallery and museum and also looks like the Parthenon in Greece. We left to discover more of this city and stumbled on a playground with a very large dragon that spiraled through the park that offered a climbing structure with an artistic flair. The dragon was covered in mosaic tile making it very colorful.

Our next stop was at music row where we walked the block to see the music studios. Dedicated markers and decorated guitars standing at the studios granted information about the country artists for us to read along the way. The guitars had to be at least 10 feet tall.

We walked on to find statues of a giant microphone that I posed as though I was singing into and also a bronze piano and statue of Owen Bradley playing the piano. 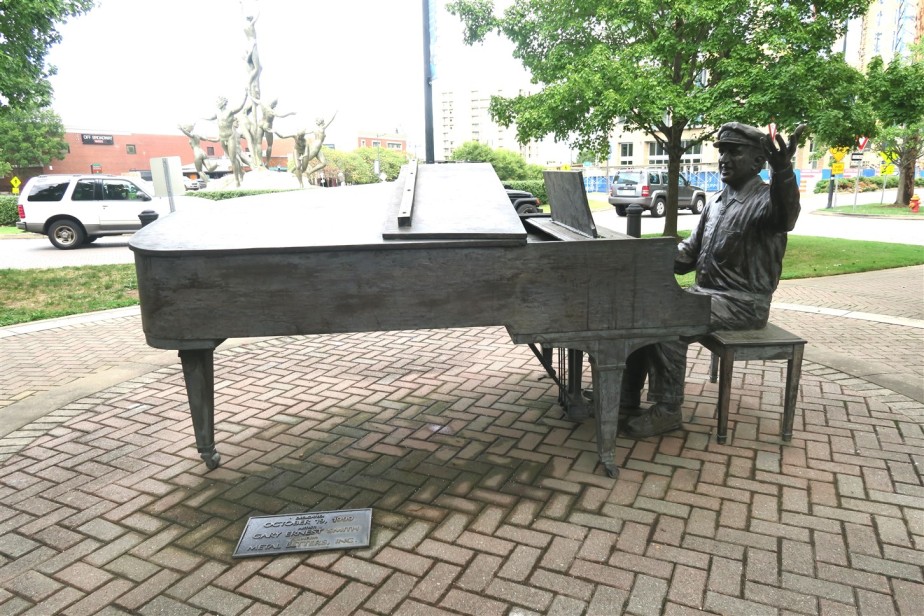 Owen Bradley, a country music record producer helped to create the “Nashville Sound” with Chet Atkins. The Nashville sound replaced the honky tonk sound with smooth background vocals. Chet Atkins also has a bronze statue of him playing a guitar and an empty stool next to him so that you can sit and play along.

We drove to the baseball field for the Nashville Sounds, a AAA team. A Segway tour proceeded through as we inspected the monstrous guitar used as the field’s scoreboard. Then we moved on to find the store for the TV program Antique Archeology. We got close to the area but crowds jammed the streets and walkways so we moved on.

Nearby is the Tennesse State Capital, complete with a civil war statue. It never ceases to amaze me how much the south celebrates a war they lost, sort of like British celebrating the 4th of July. It was here we managed to photobomb a wedding.

We made it to the Residence Inn near the airport about 5 pm. We went to Elaine’s for dinner to find that Elaine’s was celebrating a milestone in business and provided a jazz band for entertainment with a special menu. We had braised short ribs with grits and rosemary lemon chicken with sweet potato hash. Dinner was good but we felt as if we were being pushed out the door.