Our first Saturday back in Ohio found us back in Troy, Ohio at the Waco Airplane grounds again. This time it was for the annual Waco Fly In, a day that many owners of the Waco planes come to town to display their aircraft, as well as bond with the other aficionados of vintage airplanes.

The weather forecast was predicting rain later in the day so we got an early start, arriving in Troy around 9:30 to find a field with  8 bi wing planes. You were welcome to wander the field and check them out closer, which we did. 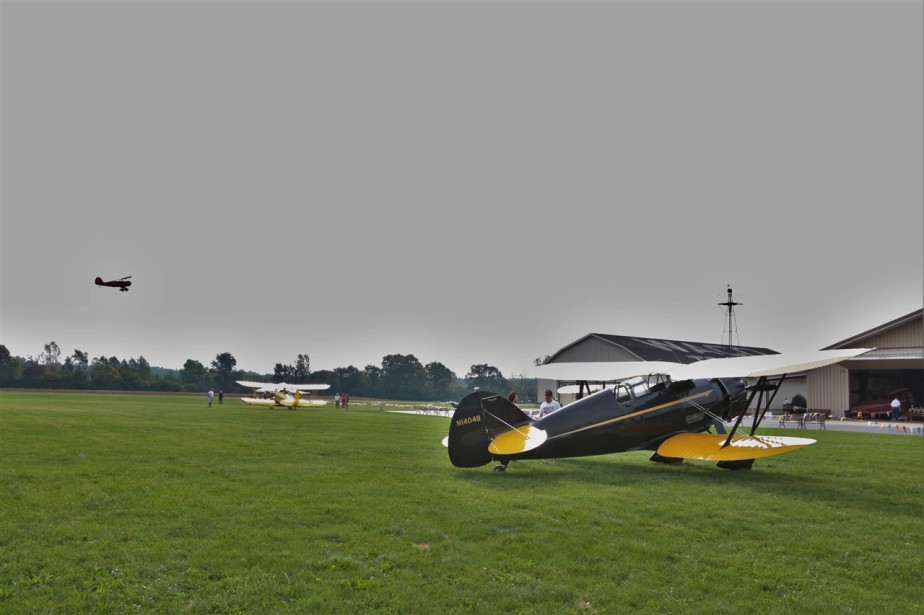 A few took off with passengers as a charity fundraiser, giving me further photo ops.

The hanger had a static display with some interesting objects and a few toys. After an hour or so we had seen it all so we moved on. 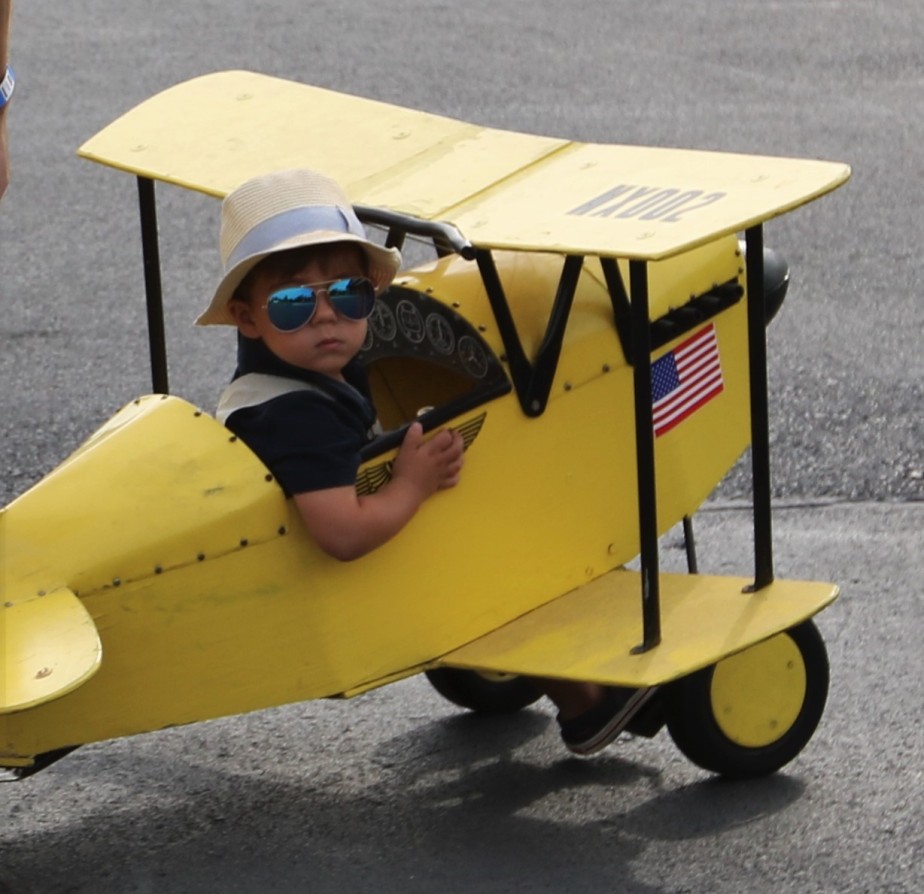 Nearby Piqua was scheduled to have a motorcycle show, and when we got there just before noon there were a few parked around, along with some booths set up down Main Street. We went into a little restaurant someone on the street recommended, the Lighthouse, which was typical small town heart attack fare, anything you like as long as it was fried, but the help was prompt and friendly. 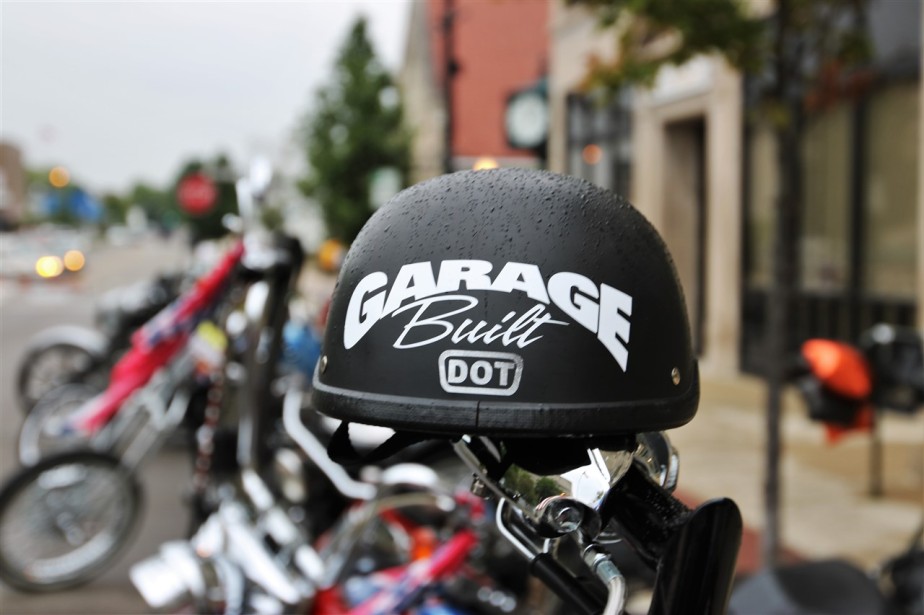 The rain kept most away, but a few custom bikes were on display and had an interesting look all wet. After a brief time we gave up and called it a day. 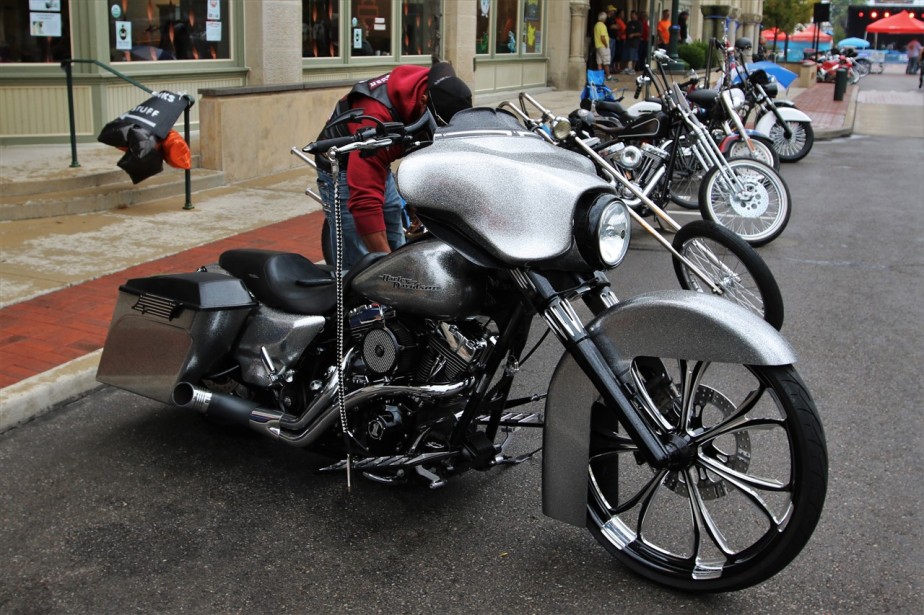 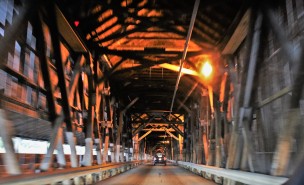 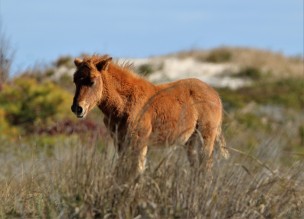 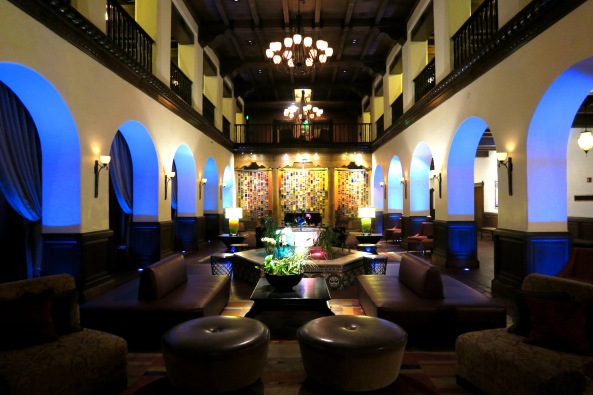 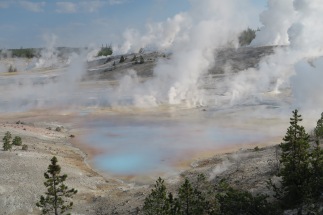