We ate breakfast at the hotel opting for oatmeal and fresh fruit rather than the ham and cheesy scrambled eggs. The fatty food probably accounts for the area of Hazard and Perry Counties having one of the worst life expectancy rates in America. Kentucky ranks in 45 out of 50 states and the town of Hazard is even worse than the Kentucky average.

The morning air was a cold temperature of 26o F. as we left Hazard. The hillside and trees were covered with kudzu as well as a school bus on our drive to Breathitt County. 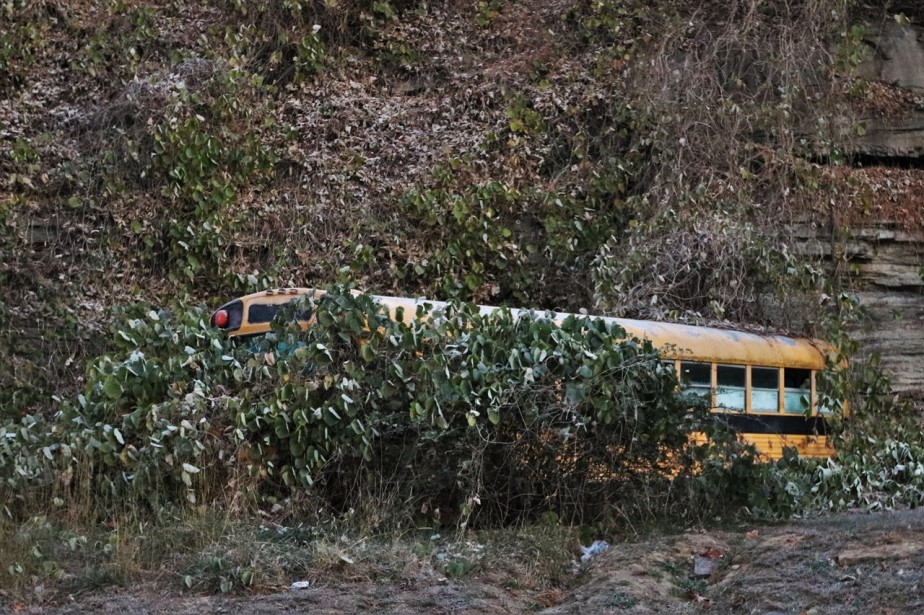 As we made our way north we ran into smoky air from wildfires in the area. The smoke was thick enough that we can smell it in the car with the windows closed as we moved along state route 15N through the hills. 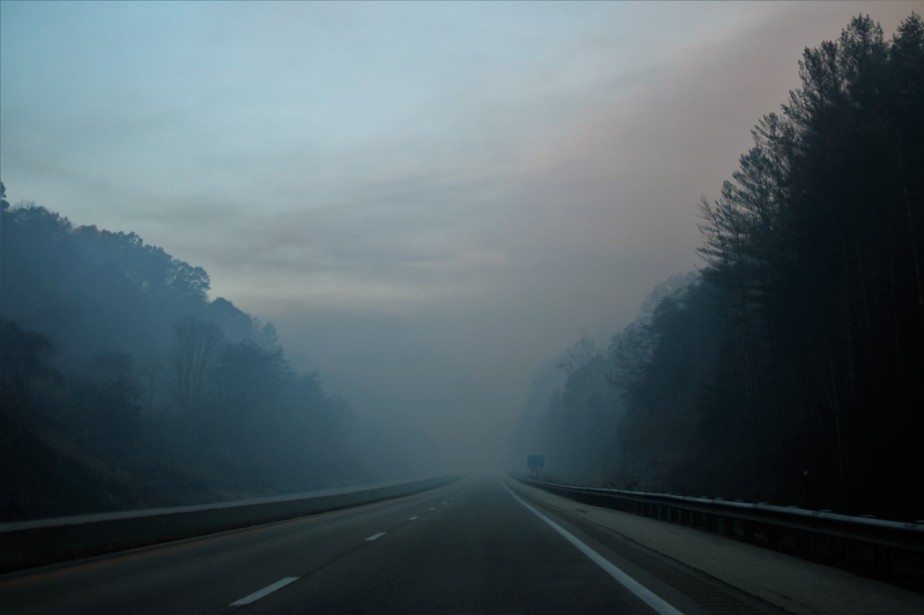 Layers of exposed rock sheered on both sides of the highway rise at least 100 feet. Rock is why we are here; to see Natural Bridge State Park. The park was founded as a private tourist attraction in 1895. It is still cold at 23 degrees as we began our hike on the original trail to see the natural bridge, but with the steep ascent up uneven steps we didn’t notice, and we followed the path up hill to reach the bridge. 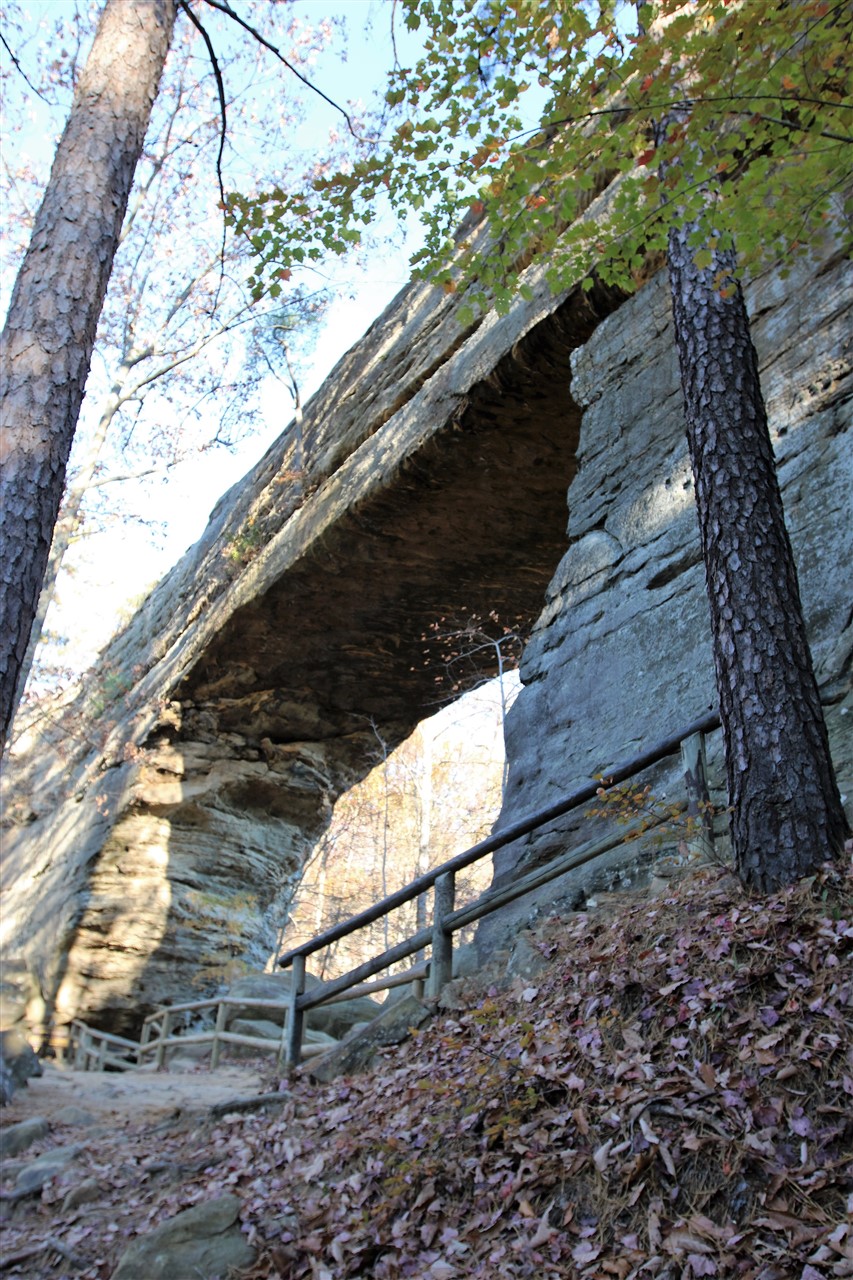 The trail ends under the bridge but a narrow passage called Fat Man’s Squeeze and some stairs lead to the top of the natural bridge. The view from on top of the natural bridge was marvelous. It looked as if their was a laser beam of light shooting outward into the air from the cliff in front of us over the valley of autumn colored trees. I believe it was a layer of thin fog hovering in air; in any case, it looked really awesome. 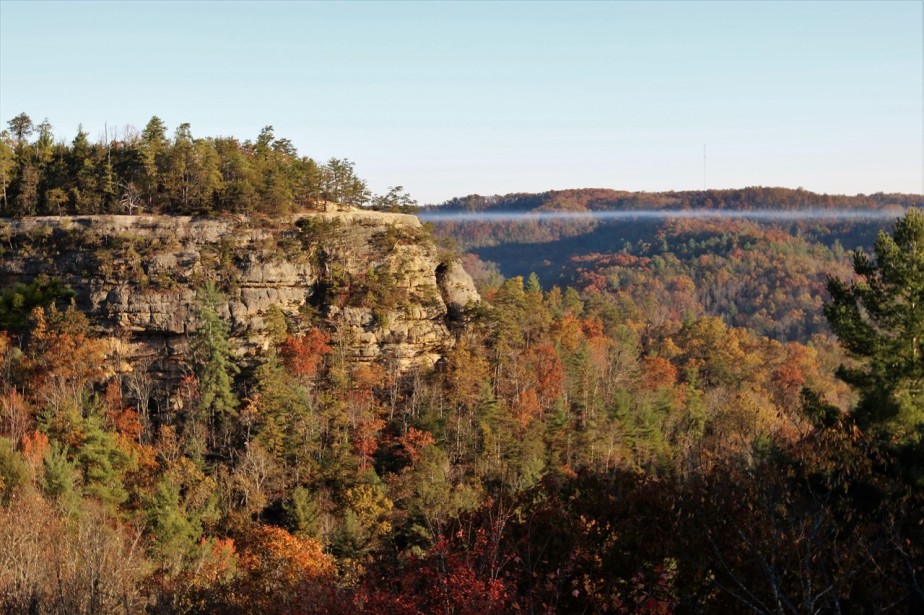 We climbed down onto the same trail, and back through the Fat Man’s Squeeze again. 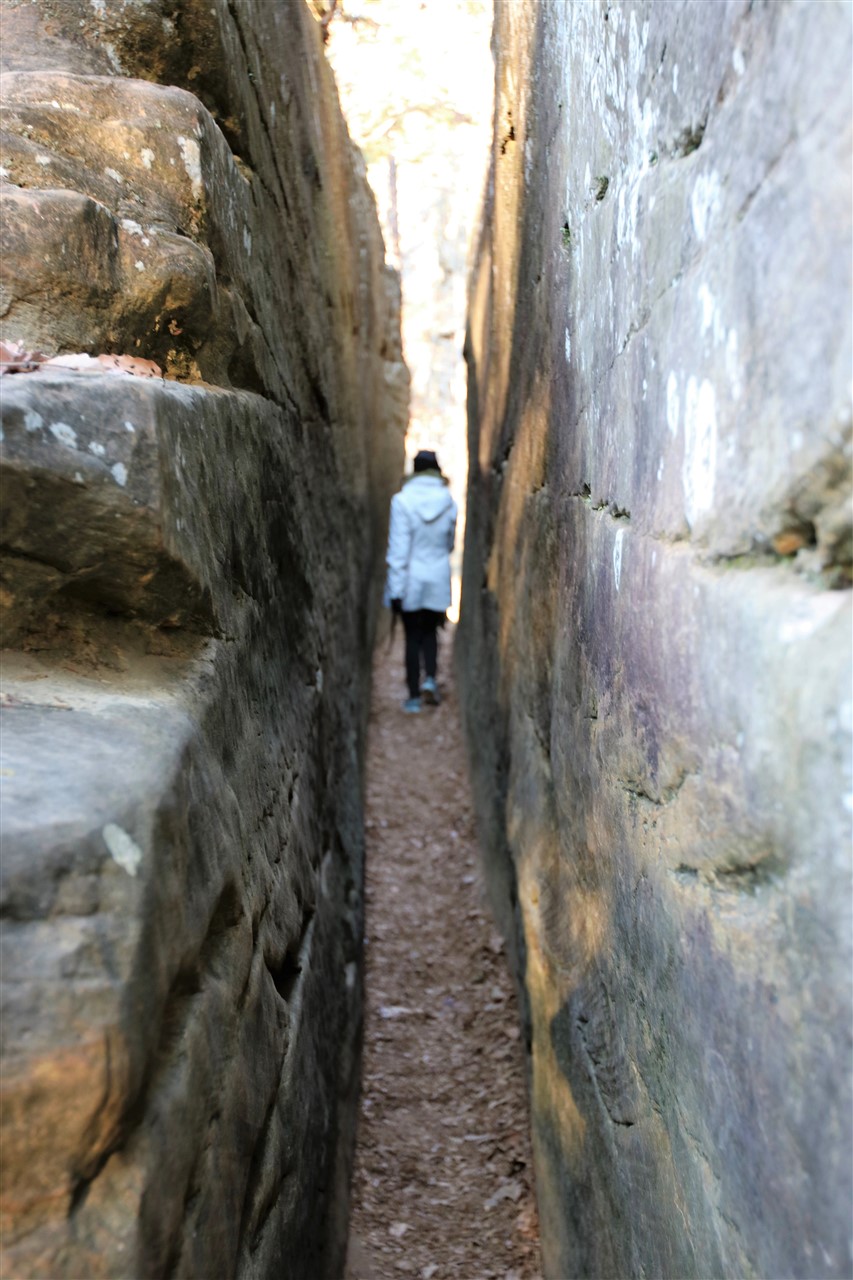 Since the tunnel is a single lane you must honked first before entering to alert anyone on the opposite end. The tunnel was originally 12 feet in height but when the first train load of logs became stuck and had to be blasted free, the tunnel’s height was increased to 13 feet.

After passing through Morehead we made our way to the town of Olive Hill to see Carter’s Caves. Unfortunately we arrived at a time that the next tour was hours away. Deciding not to wait, we went for a brief walk on the trail that allowed us to explore the cave park area on our own. The half-mile loop trail from the visitor center led us into a great open cave.

The cave had a small round opening at its roof, jagged walls of stone with niches and a small stream that flowed among the layers rocky floor surface. We finished our walk and promised to visit again but for now we headed home to end our latest advenutre.