Roosevelt Island is a long narrow island in the East River, between Manhattan and Queens.  For much of the history of the island it was used for hospitals, earning the name Welfare Island

In 1976 the Roosevelt Island Tramway was built, connecting the island to Manhattan next to the 59th Street (Queensboro) Bridge. 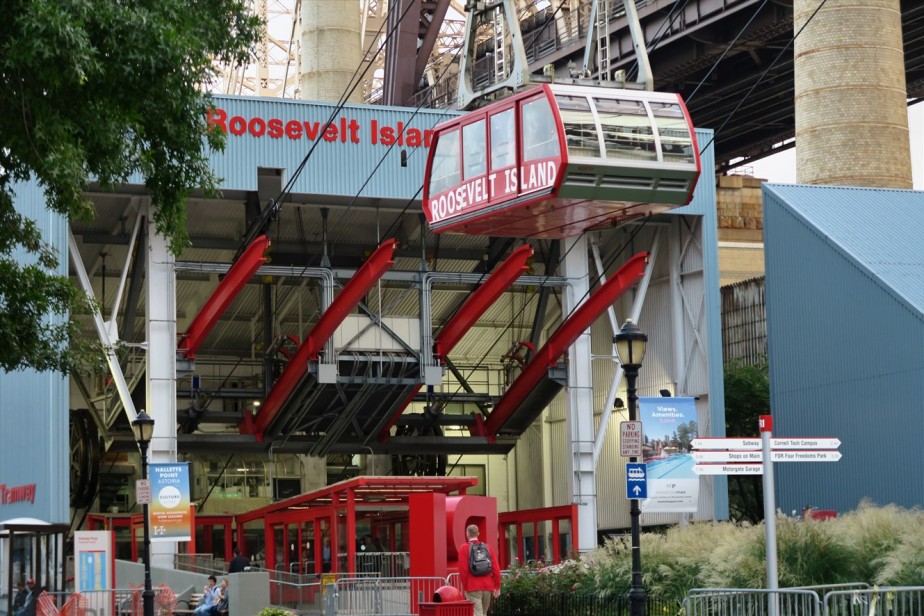 Our ride to the island at 6 PM was packed with tourists and commuters. The island is now home to over 10,000 people, many of which use the tram for their daily commute.

Once on the island we headed south under the bridge.

The Smallpox Hospital was opened in 1856 and abandoned in the 1950s. The building remains as a reminder of what Roosevelt Island used to be like. 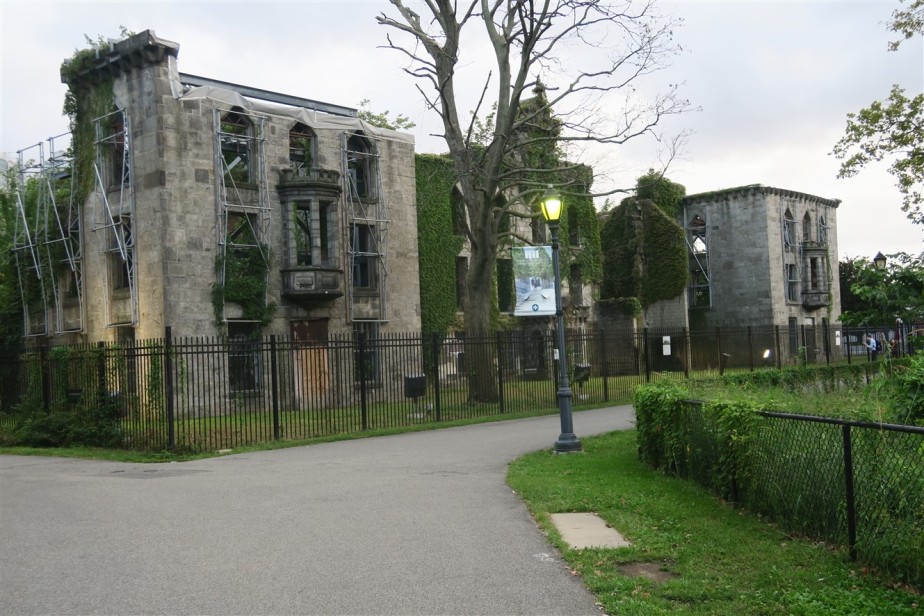 At the southern tip of the island is Four Freedoms Park, dedicated to FDR.

Looking south along the East River towards the Williamsburg Bridge. 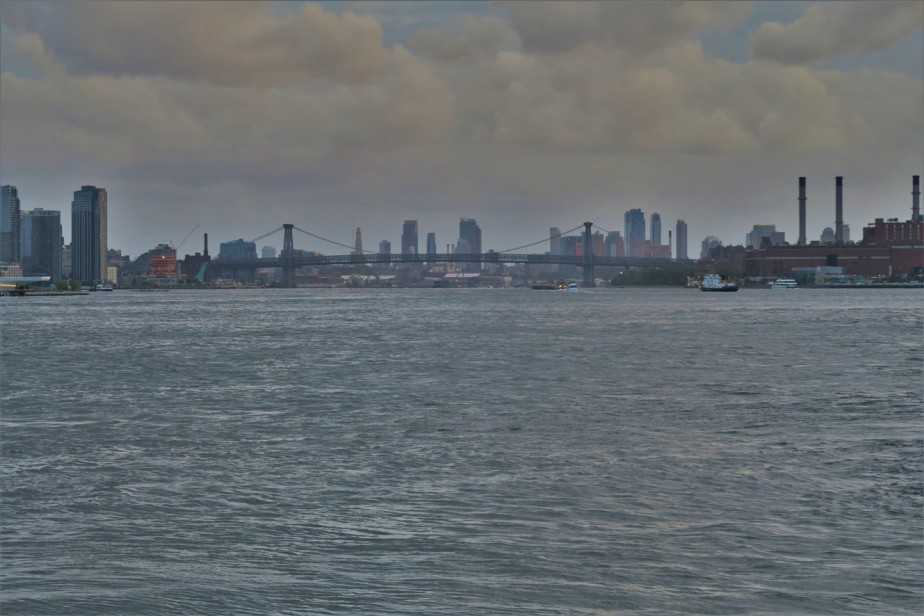 The Long Island City/Hunters Point area in Queens has had substantial growth. 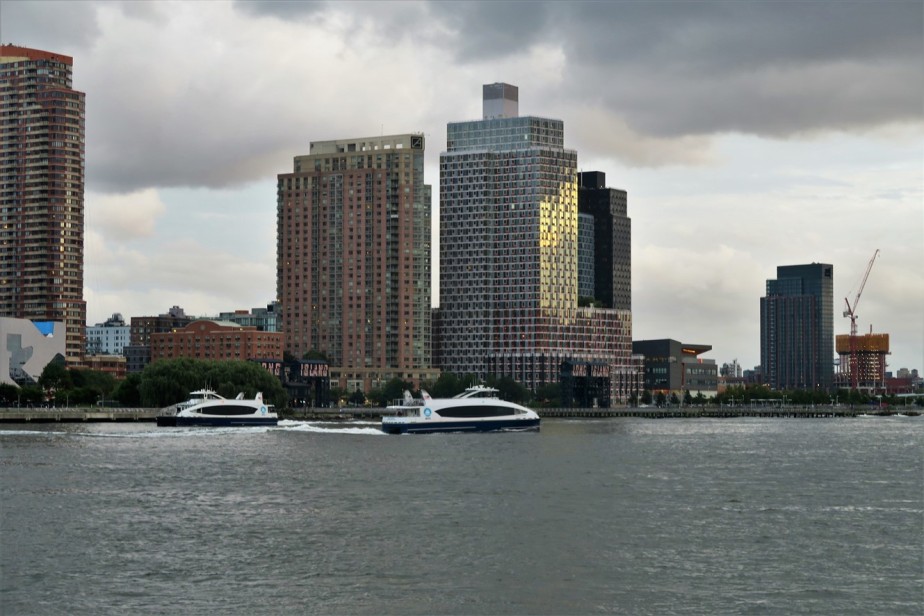 The apartment buildings in Queens have great views of Manhattan, as well as the iconic Pepsi sign.

The UN Building. The reason we were on the island is access was restricted to the UN Building area because of ‘UN Week’, so we opted to go to Roosevelt Island instead. 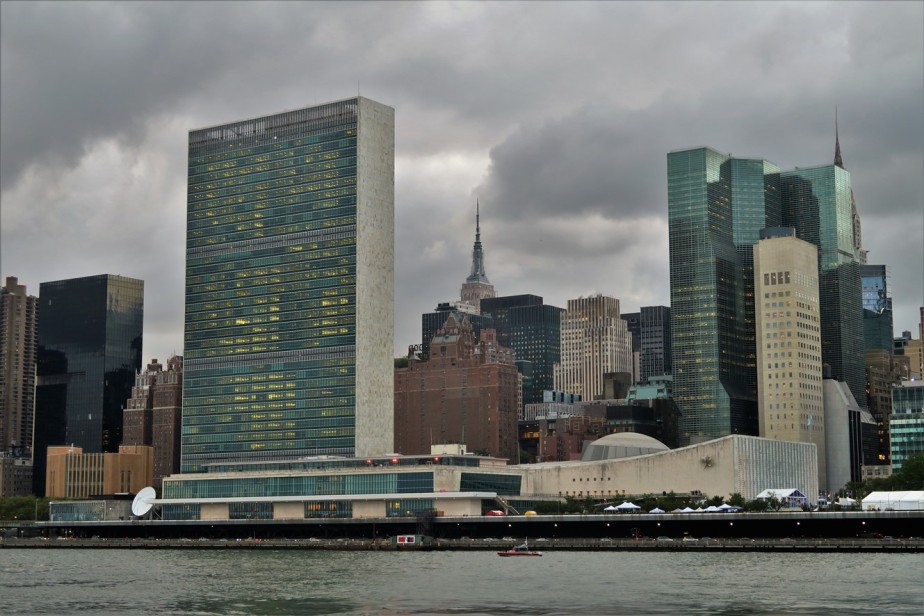 Returning back to the tram station provided different views of the bridge. 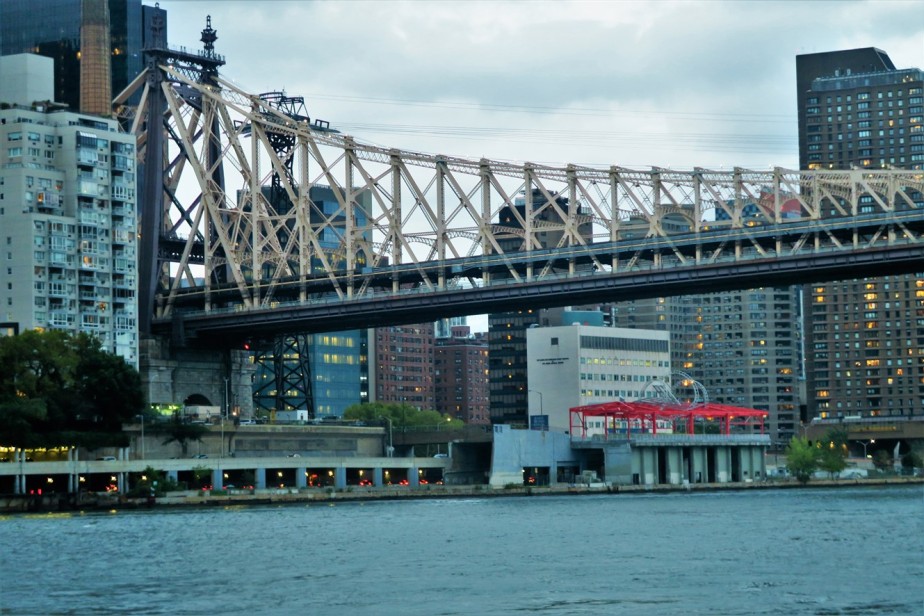 Roosevelt Island is a popular destination when ‘Manhattanhenge’ occurs. On this day though, we were nowhere near one of those dates, and it was cloudy.

A look back at Manhattan towards the Chrysler Building.

At just the right angle it appears as though the tram is running underneath the bridge.

With the sun setting the lights were coming on (although the reflection in the tram windows made it tough).

One final look back at Roosevelt Island.

And the squeeze between the buildings and the bridge into the Manhattan side.

FDR Drive goes under some of the buildings.

Arrival at the station.

The southbound tail lights on 1st Avenue. Roosevelt Island is worth the visit, take the tram! 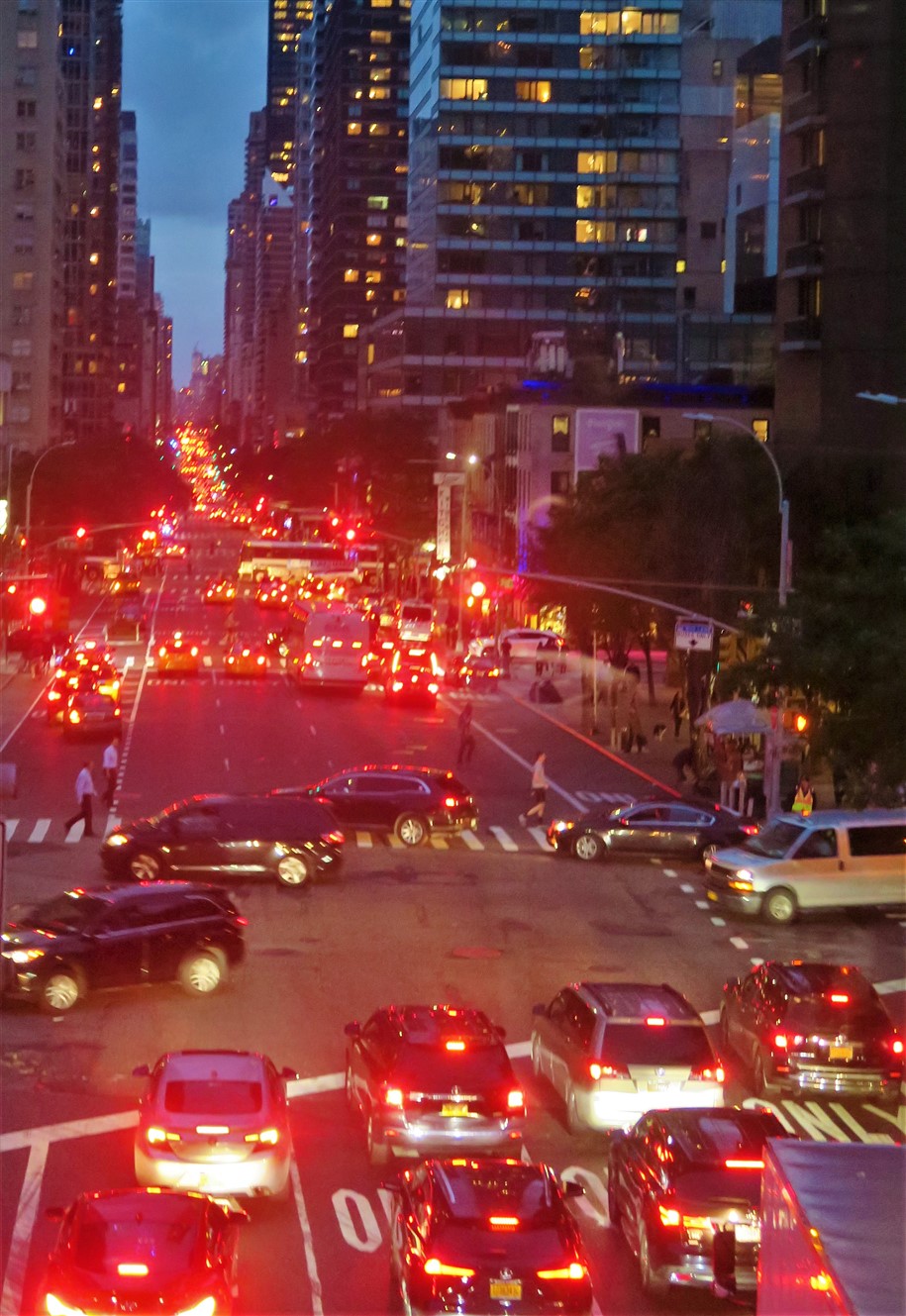 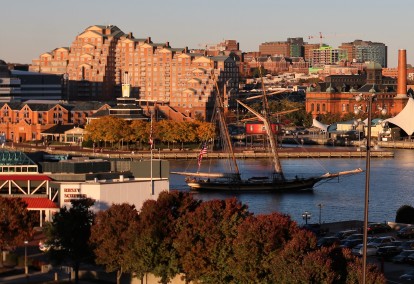 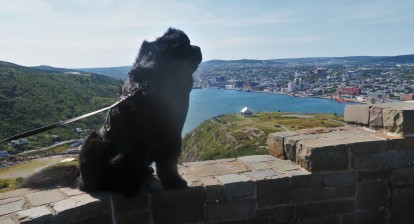 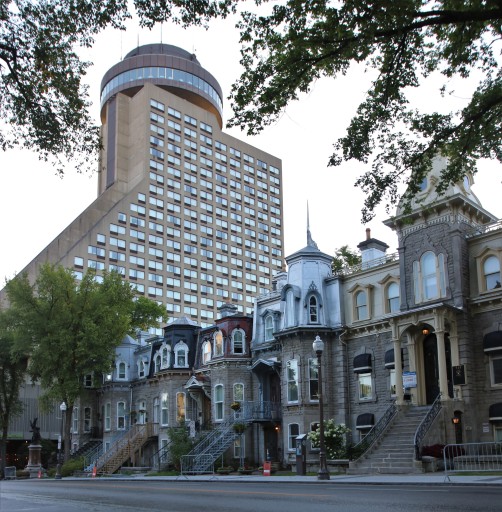