Our day in Paris continued with a ride in ‘Horse Country’. Central Kentucky is the center of thoroughbred horse racing in America, and Paris is the heart of that center. Numerous well known farms surround the town.

We had booked a tour at the most famous one – Claiborne Farms.

Six of the 13 Triple Crown winners were sired at the farm. In addition to these, numerous other Kentucky Derby, Preakness, and Belmont Stakes winners came from here.

Everything about the farm is first class, but not gaudy. It is done right, but not tacky – sort of the August National of Thoroughbred farms.

The stalls for the stallions are immaculate. And for good reason, they generate the revenue

The most legendary stallion is War Front. Other farms bring mares from all over the world to mate with War Front. The cost for doing this (which takes 15 minutes) is $250,000. War Front brings in $20 million a year in stud fees.

As the guide told us – in reality War Front signs their paychecks. But he earns his money as he has 3 ‘sessions’ a day for 6 months.

But there are others as well that can earn into 6 figures for their services.

Kyle is not just a tour guide, he has a degree from the University of Kentucky in Equine Science and Management.

What do these multi-million dollar animals like – peppermint candy!

All of the studs at the farm are major winners during their 2 and 3 year old years, before moving over to their new career for the rest of their lives (which is usually around 20-25 years)

Still they act like puppies, chewing at their leads and generally playing around.

They are beautifully maintained.

Others in their stalls want attention and peppermint candy as well.

The horse Blame was quite the character!

They have a horse cemetery with some of the most noted in their history buried there including the legendary Secretariat.

Clairborne Farms is a fascinating place. Kyle was a great guide, giving significant detail into the workings of the farm, and how they care for their horses – and will continue to do things ‘the right way’ and ‘old school’ for the best for the horses.

In keeping with the morning we had lunch at the nearby Horseshoes Kentucky Grill.

The interior was decked out in racing memorabilia. 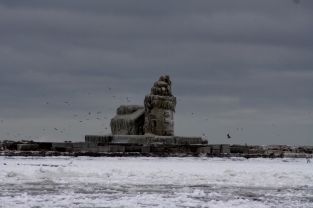 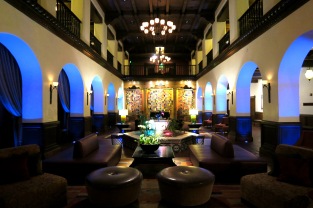