Our visit to the smallest state in area in the country will also result in the smallest posting, with only 5 maps in the collection, all in the last 20 years. With very few photos of Delaware, this posting will share photos found on the internet.

2001 – The Delaware Memorial Bridge. These twin bridges cross the Delaware River, carrying an average of 80,000 cars a day. As the main route from New York, Philadelphia and points north to Baltimore, Washington and points south this route is constantly busy with car and truck traffic.

The bridge was designed by firm HNTB. This same firm designed the Walt Whitman Bridge in Philadelphia, and the Verrazzano Narrows Bridge in New York City. All have a similar look.

The Kalmar Nyckel was a Swedish ship built in 1638 to carry settlers to the New World. A replica of that ship was built in Wilmington in the late 1990s.

This photo from the American Bridge website shows a view from high above the bridge deck. 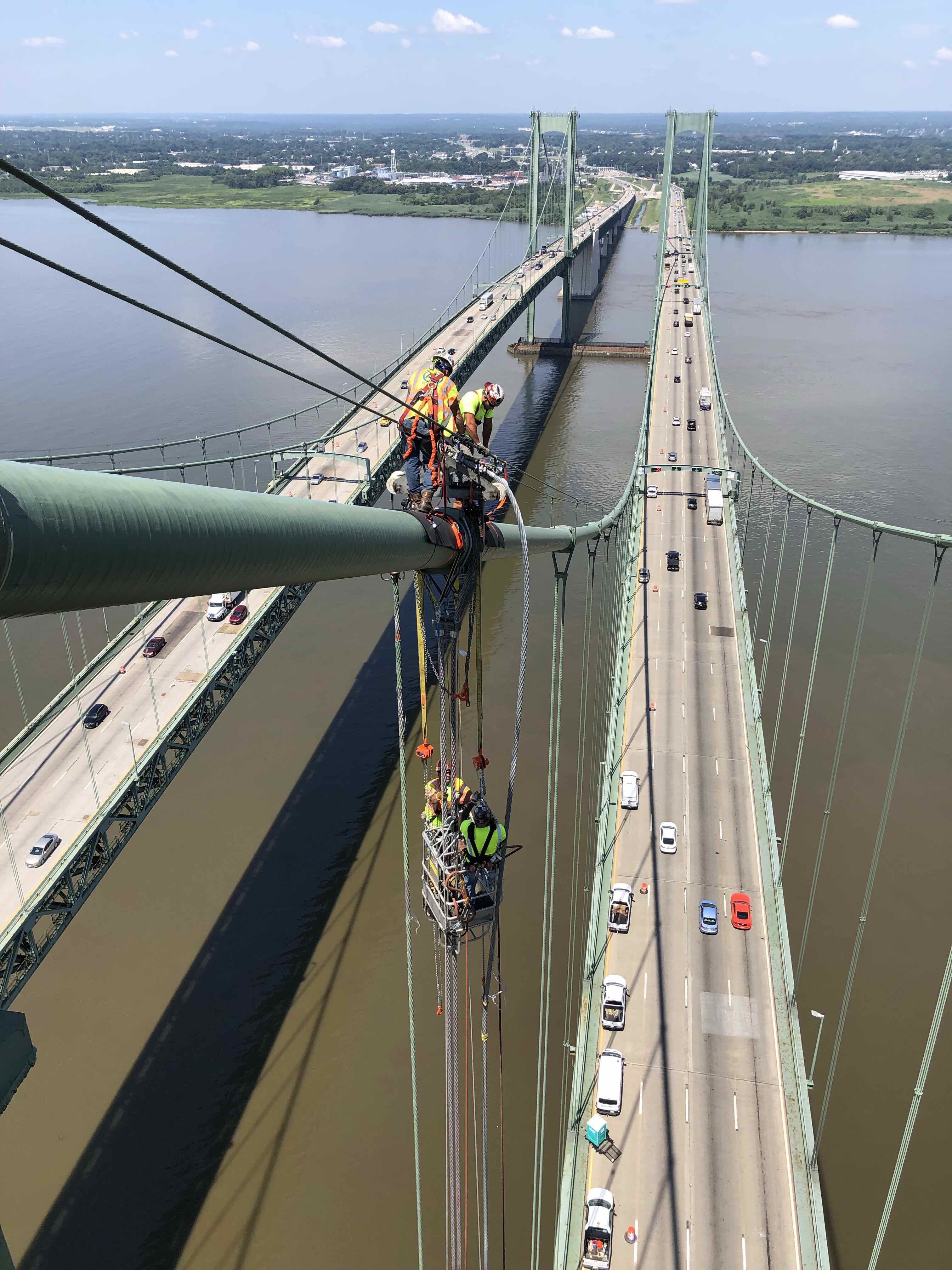 2003 – Smith Bridge, Brandywine Valley. In 1839 Isaac Smith and his son Edward built a mill, and a covered bridge. This bridge, while reinforced in the 1950s, stood until 1961 when an arsonist burnt the bridge.

It was originally replaced with an open deck wooden bridge, but in 2002 this reproduction bridge was built. It uses the same truss design but the road deck is reinforced steel.

2006 – Brandywine Park in Wilmington. Located along Brandywine Creek, this park dates from 1886 with assistance from Fredrick Law Olmsted.  The park is listed on the National Historic Registry.

This photo from the Delaware State Parks website shows the park in spring.

Delaware has a small coastline. This photo show the remains of the Fort Miles Observation Tower. These towers were built during World War I. Later the fort was used as a secret listening post assigned to identify route submarines.

2012 – Delaware is very proud of Caesar Rodney. While Paul Revere gets all the notoriety for his ride in Massachusetts, Rodney made a 70 mile ride through a thunderstorm on the night of July 1, 1776. His goal – to arrive in time for a July 2nd vote to break a deadlock for Delaware’s addition to the Declaration of Independence.

This statue is located in downtown Wilmington. Photo credit to a website called ‘Onlyinyourstate.com’.

Delaware – our small visit to this small state is complete. 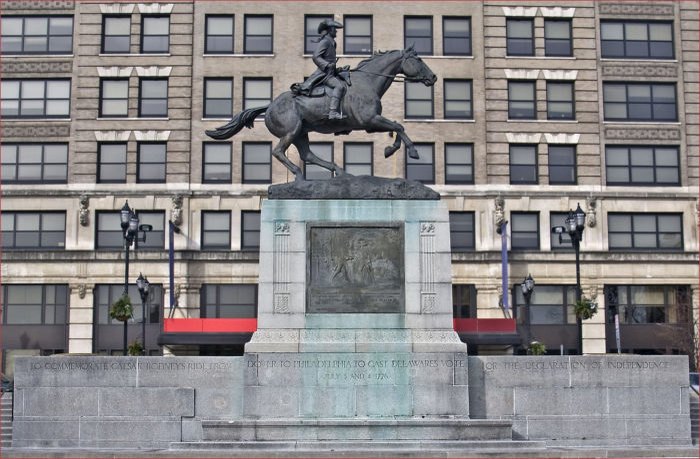