Toto we are back in Kansas!

1953 – Much like Iowa, Kansas is state that is virtually all farmland, although more grasslands than crops. The views on our opening map is of the capitol in Topeka, and a typical countryside road.

Topeka was a city of about 80,000 in 1953. Since then it has grown to a population of about 125,000. By far the largest employer in town is the state government. (photo from Cathy Luz Real Estate website)

As the map shows, as well as the photo below, there are some rolling hills in Kansas. Kansas is a leading state for wind generated power.

1973 – Century II Performing Arts & Convention Center in Wichita. This facility is the largest of it’s kind in the state. It has hosted, among other things, the Miss USA Pagent.

Wichita is the largest city in Kansas, with a metro population of 645,000. It was founded as a trading post on the Chisholm Trail. (Photo from VisitWichita website)

Today it is known as the Air Capital of the World with numerous small aircraft manufacturers including Beechcraft, Cessna and Stearman. The Kansas Aviation Museum celebrates this history.

The museum is located in the former Wichita Municipal Airport terminal. (Photo from Museum website)

The most unique park in the state is Mushroom Rock. These rocks are a remains of sediment from the Cretaceous Period.  (Photo from Wikipedia)

1989 – Rural scene. Over half the people in the state live in what is classified as ‘Rural’, one of the higher percentages in the country. Trivia moment – the highest percent rural population is Wyoming.

1993 & 2015 – Bison. Before Europeans showed up there were an estimated 20 million American Bison roaming the Kansas territory. Their demise was swift, as example the first three months of 1872 there were more than 43,000 bison hides shipped east from Dodge City alone.

Today there are a few refuges for the bison to continue to live. The largest is Maxwell Wildlife Refuge near the town of Canton, Kansas. (photo from Travelks.com)

2001 – Flint Hills. This region covers much of eastern Kansas, stretching into northern Oklahoma.

The area is very picturesque, and a nice break from the endless prairies beyond.

2003 – Collage including the Kansas Speedway. When the International Speedway Corporation was investigating building a speedway in the Kansas City area, they chose the Kansas side because of better funding (i.e. the State gave them more money than Missouri would).

The two most famous Kansans are Dwight Eisenhower and Amelia Earhart.

Eisenhower was actually born in Texas but raised in Abilene, Kansas, where his Presidential Library is located (photo from travelks.com) 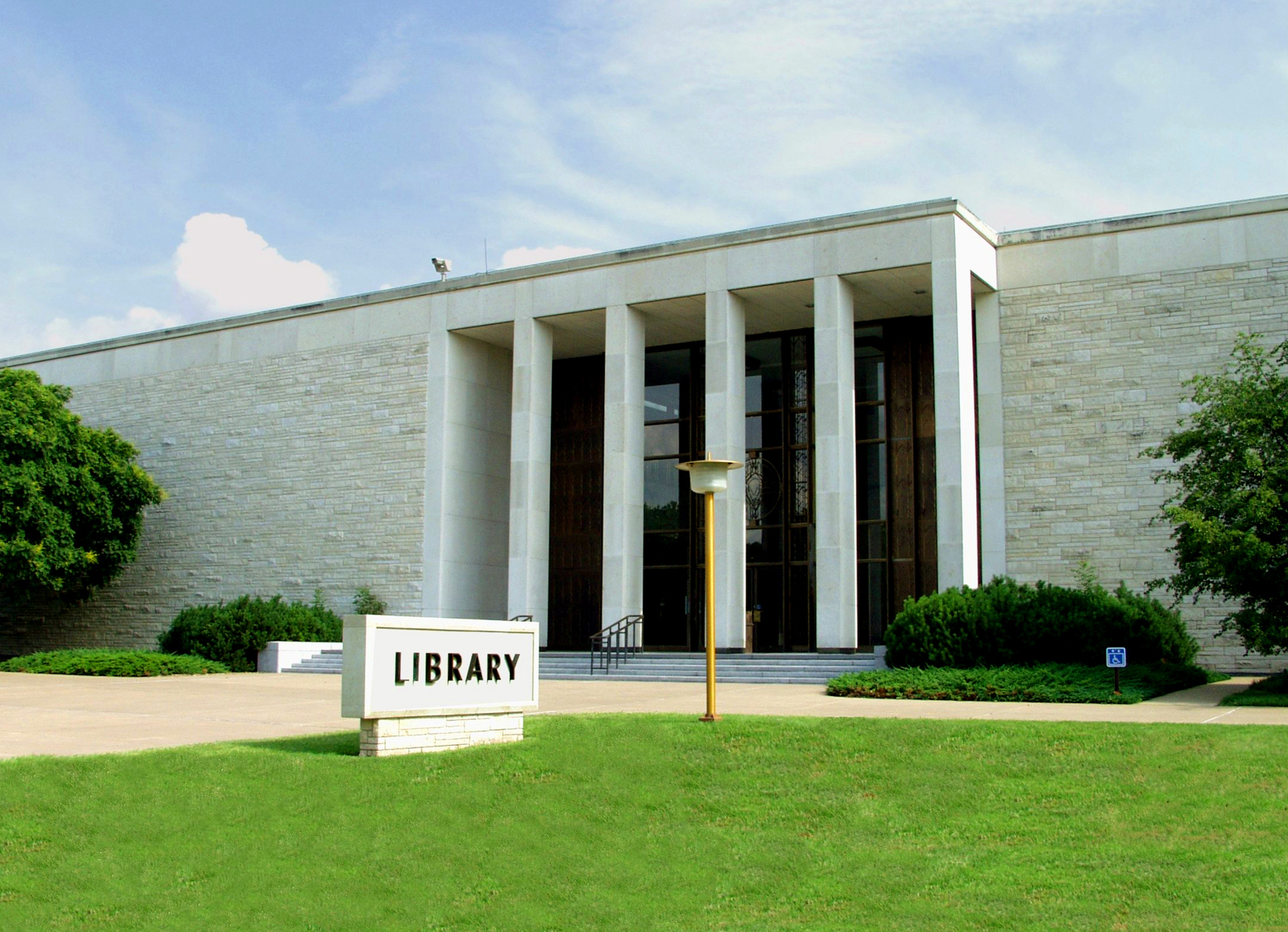 Earhart was born and raised in Atchinson, Kansas. Her childhood home is now a museum. (photo from kansastravel.org)

One of the more interesting byways is the Gypsum Hill Scenic Byway. It travels through rolling prairie as well as a section of red buttes. (photo kansastravel.org)

We end this tour with Kansas State Symbols. 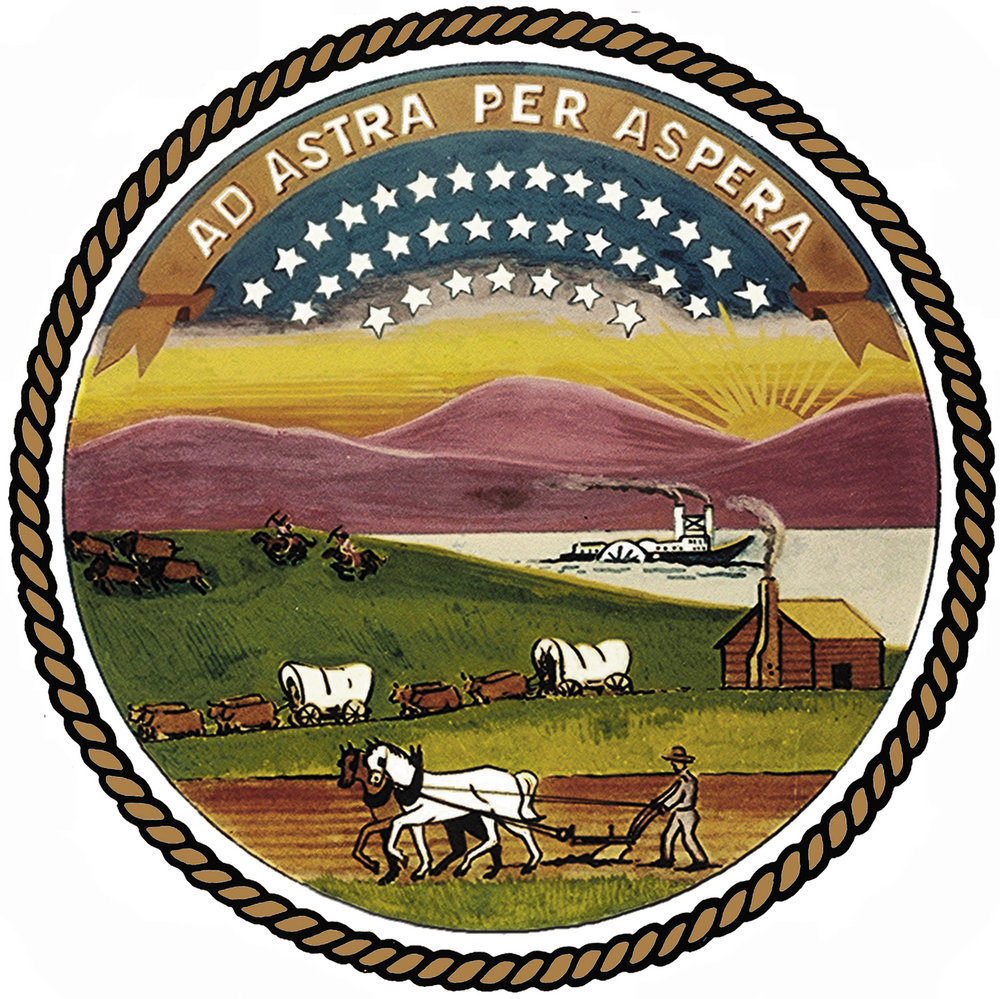 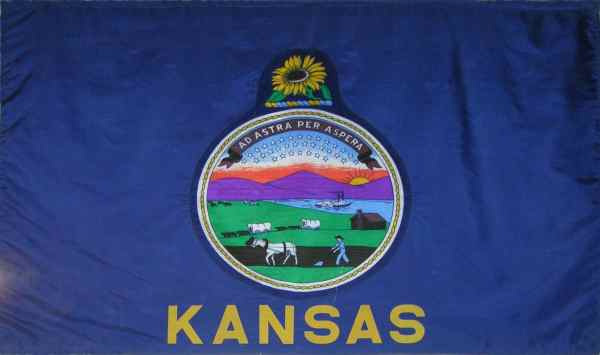 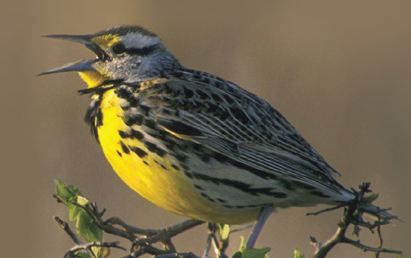