For such a small state in area, Maryland has a very diverse topology, as well as culture. From the vast Chesapeake Bay to the Appalachian Mountains, the state offers many scenic places to visit.

The oldest map in the collection is from 1949, and has a graceful elegance, with the state flag on a black background. As with most states, Maryland has a state bird and flower, but they go above and beyond with 23 different state symbols. The more unusual include:

The State Exercise – You would think it would be creative but the Maryland legislature took it upon themselves to designate Walking as the state exercise!

For a while they celebrated this with the Bay Bride Walk, but apparently it has been cancelled.

Maryland State Cat – Calico. Why? Because it’s colors match the Baltimore Orioles colors. (and yes it took about 5 seconds on pintrest to find a cat with an Orioles helmet on.) 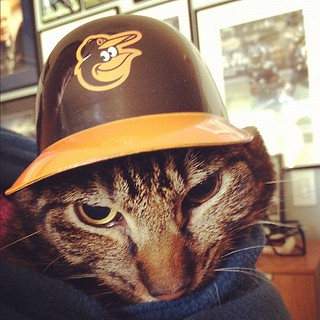 Maryland State Dessert – Smith Island Cake. This island on the Chesapeake Bay is only reachable via boat. This cake comes in multiple layers, up to 15, filled with creme, frosting, crushed candy bars, and chocolate icing. Originally they were made for the fall oyster harvest. 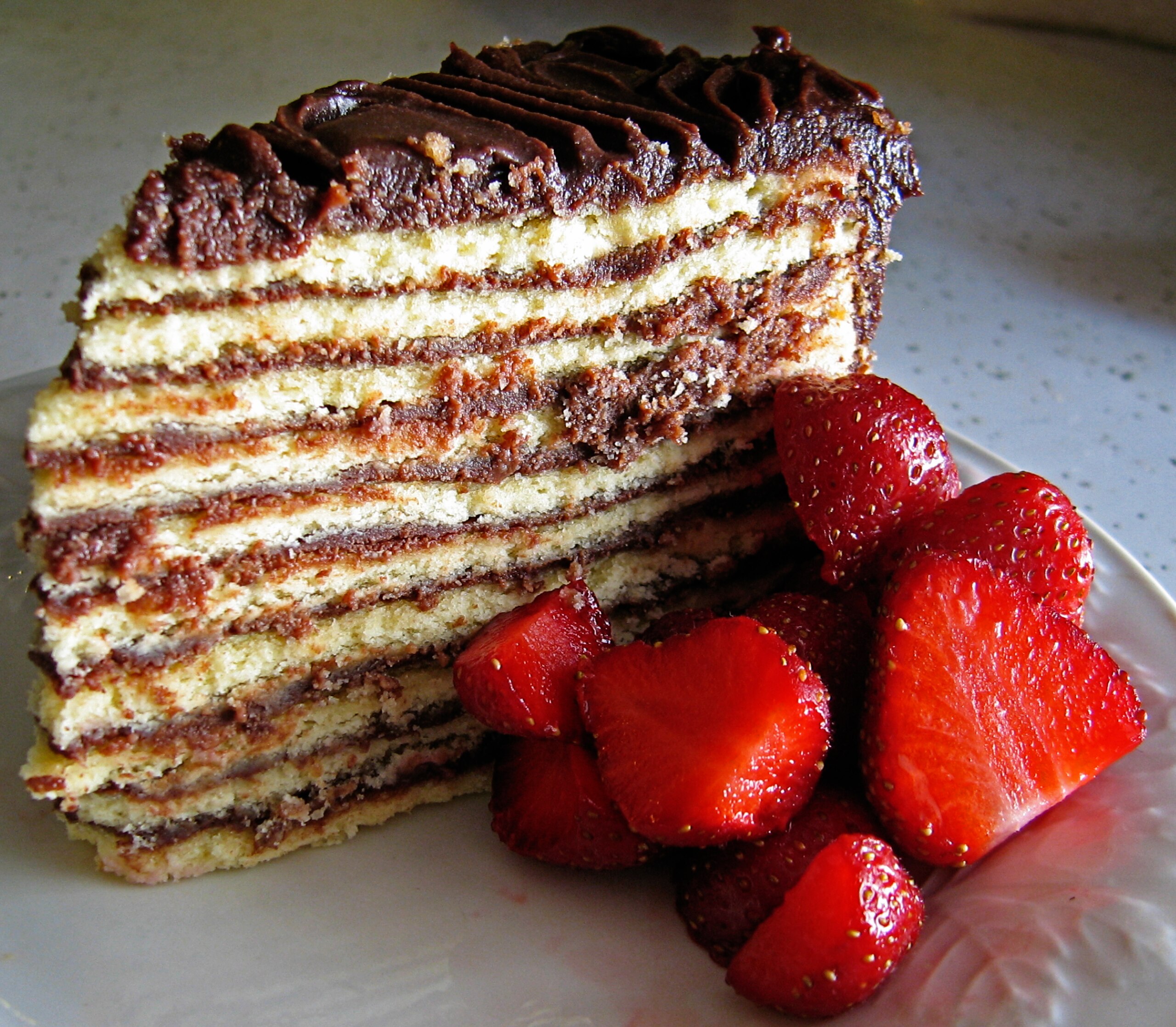 Since 1986 the State Highway Administration has worked to improve the area around the highways with wildflowers.

The state flower is the Black Eyed Susan (photos from wikipedia) 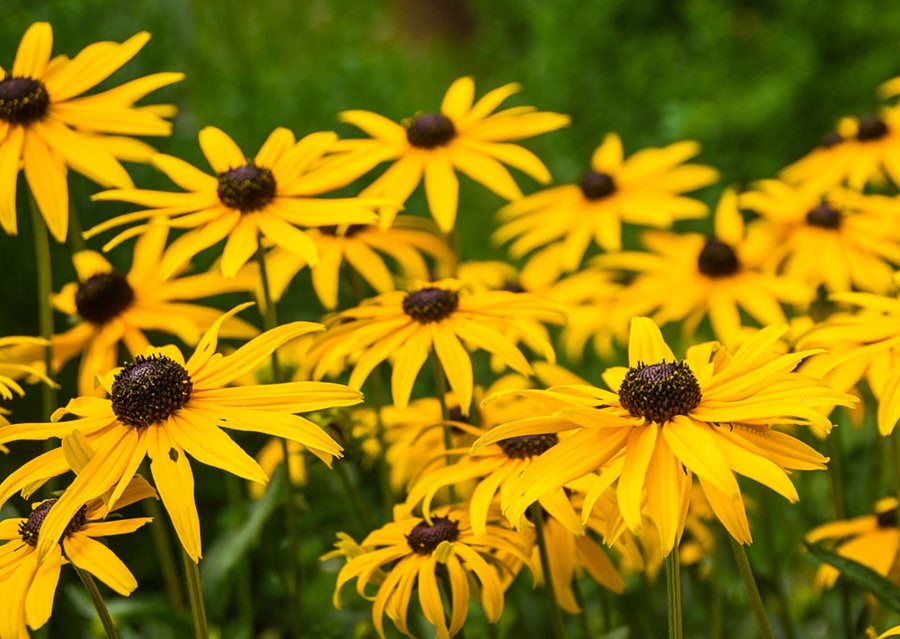 The wildflowers are an added feature as you make your way north of Balitmore to the horse country. Maryland is known for it’s fox hunts.

It is said that in this area fox hunting is more popular than football? 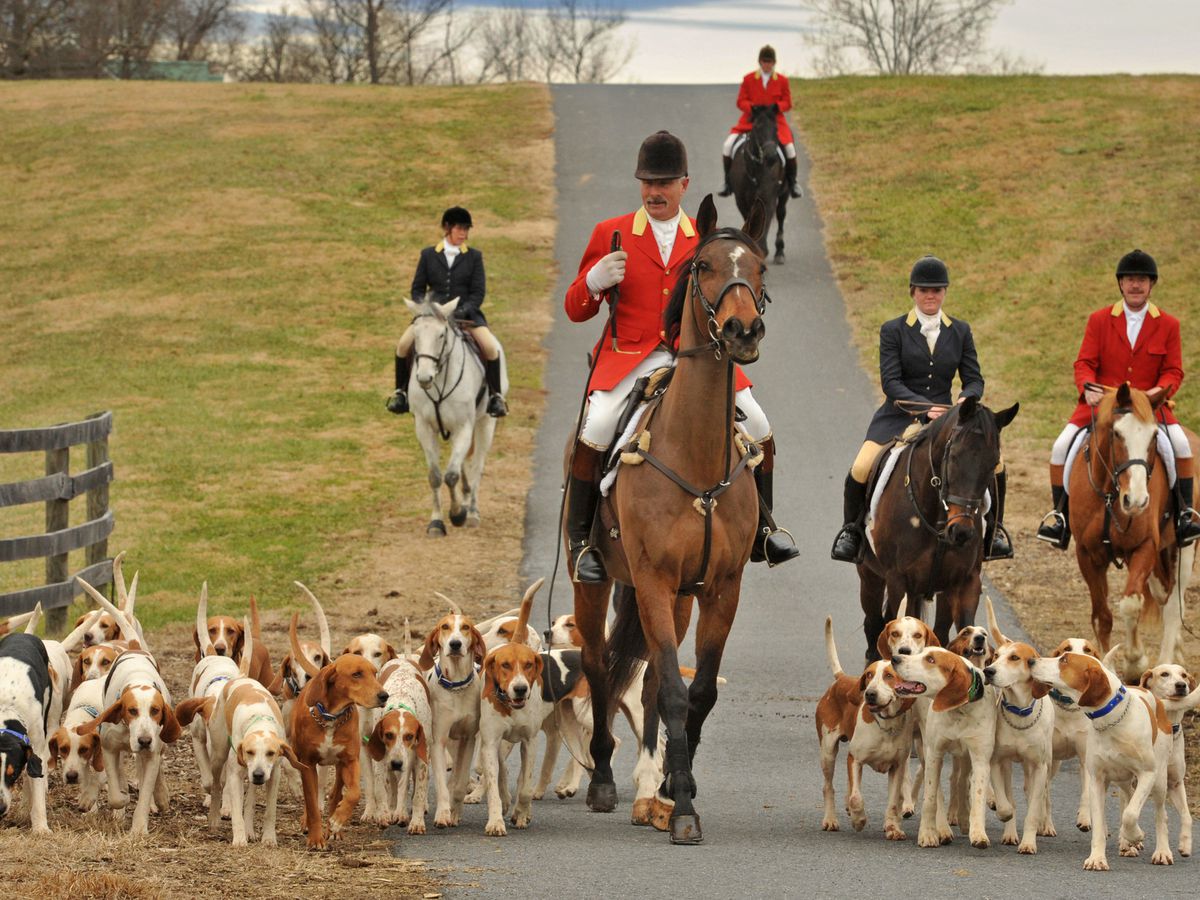 Fortunately they use horses for thoroughbred racing as well. The second leg of the Triple Crown is the Preakness at Pimlico Race Track in Balitmore. (Photo from Philadelphia Inquirer) 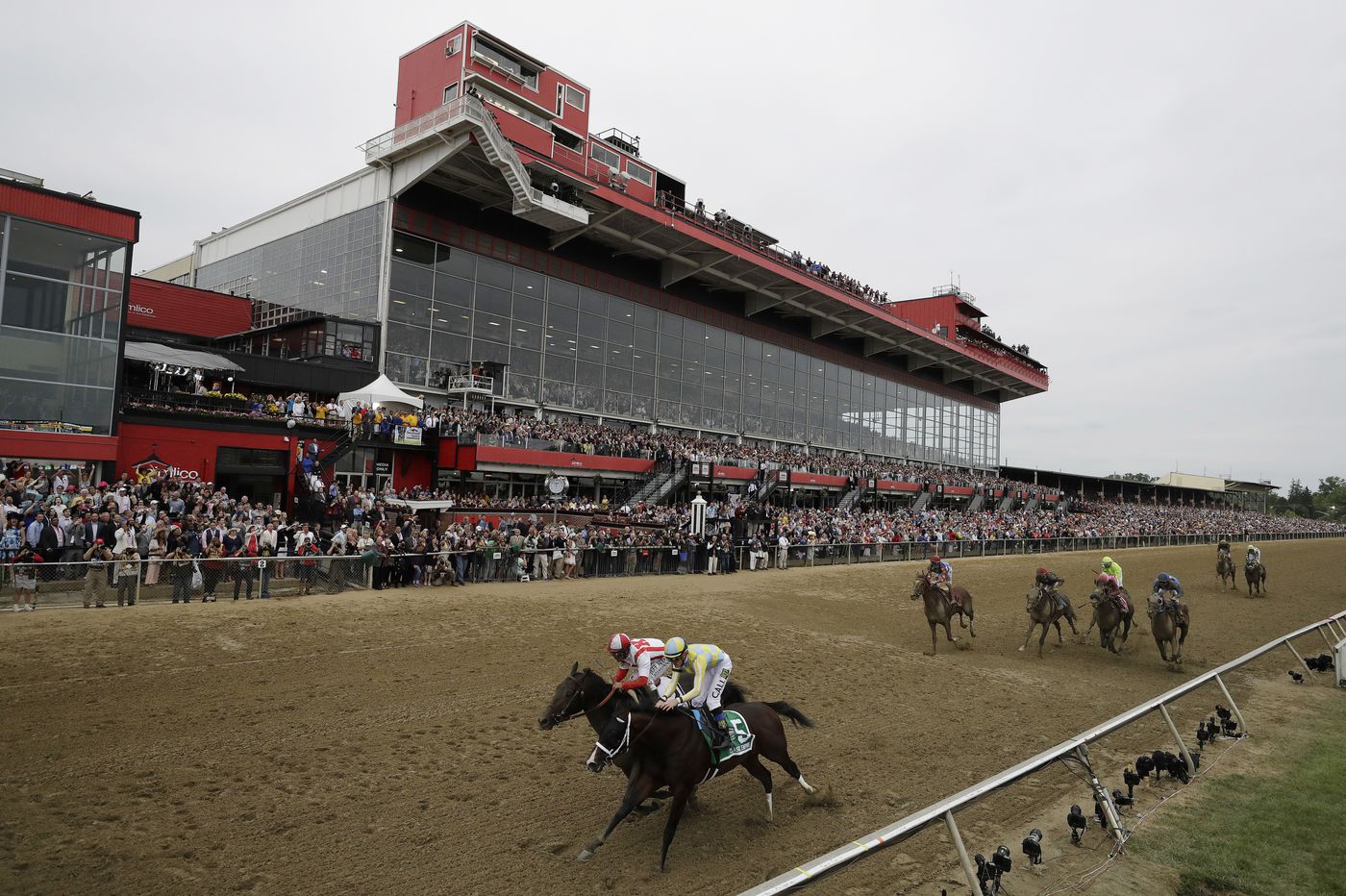 While not the first road in Maryland, the National Road is easily the most famous. Starting in the town of Cumberland this route took early pioneers across the Allegheny Mountains to Wheeling, West Virginia and on to St Louis.

Construction on the National Road started in 1811 in Cumberland. It would reach Wheeling in 1818. This first stretch was the most difficult, as it had to traverse the mountains. (Photo from Maryland Tourism website) 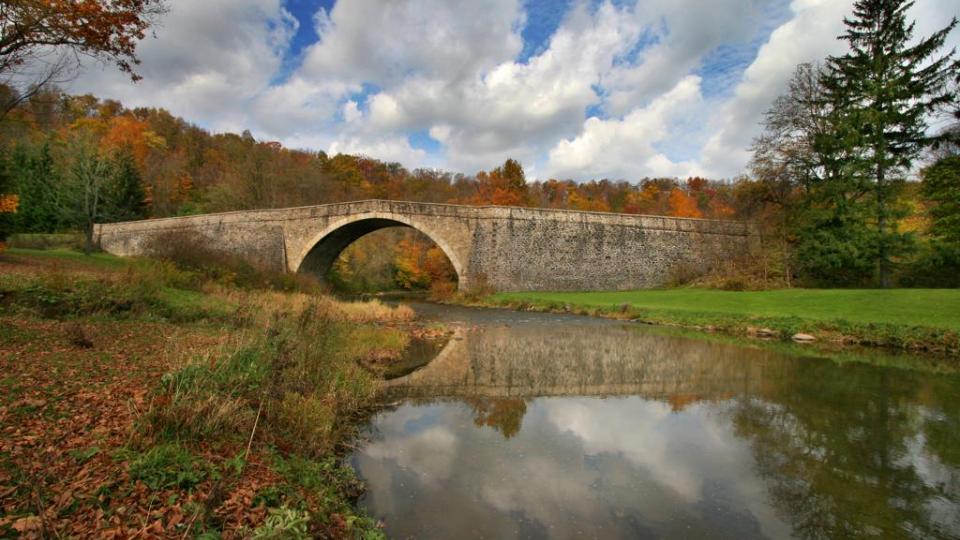 The first interstate built in Maryland was the Jones Falls Expressway. For many years it was the only freeway in Baltimore as residents fought having additional ones built through their neighborhoods. This is evident with the Eastern Termination of Interstate 70 just before the city limits.

There are still fewer freeways in Baltimore than in most major American cities.

One of the most impressive roadways in Maryland is the Chesapeake Bay Bridge. Crossing the bay from Annapolis for over 4.5 miles, it rises to a height of 186′ above the water, with low guardrails, high winds, and no shoulders, earn it spots on the scariest bridges lists.

Maryland Dove and a Skipjack

Maryland has always been a seafaring state. With Baltimore as the primary harbor, ships of all sorts have graced the bay.

Among the most famous is the ‘Dove’, an early 17th century English ship. It has been recreated as the Maryland Dove, and is featured on the 1984 map cover. Her home port is St Mary’s, Maryland. (photos from Wikipedia) 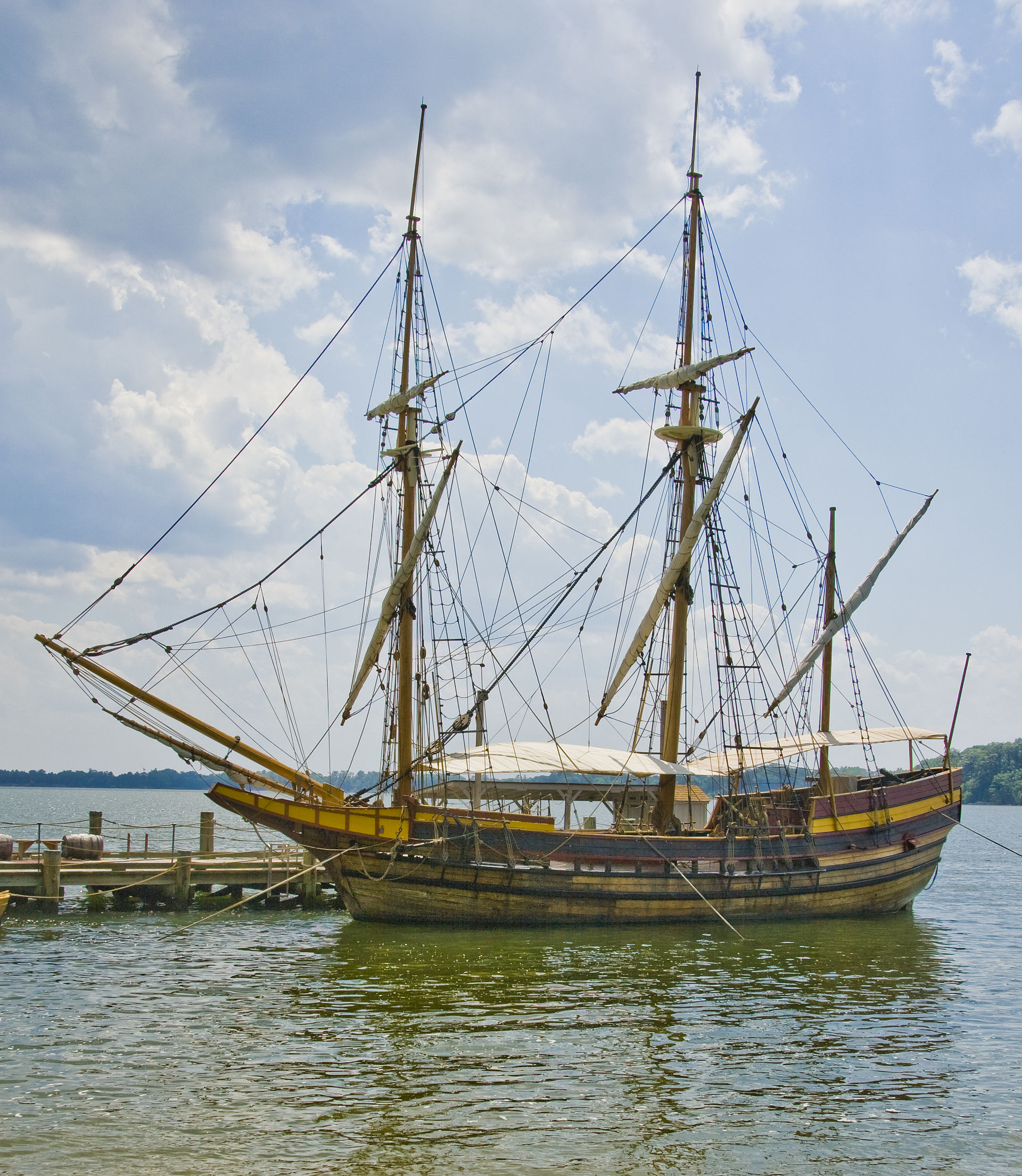 The skipjack is a fishing boat used on the Chesapeake Bay for oyster dredging. It is so popular it is the official boat of the State of Maryland. It is featured on the 1999 map above.

Finally the Baltimore Clipper. A fast sailing ship it was used in the mid 1800s as cargo ships. 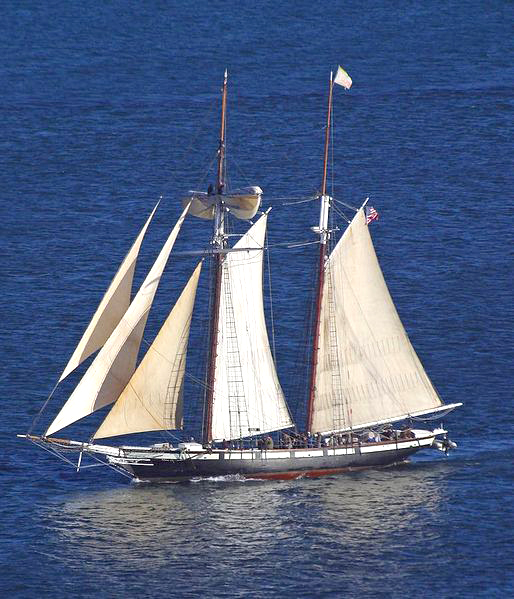 Assateague Island is a barrier island just off the coast of Maryland (as well as going into Virginia). This island has a large feral horse population.

The island is a National Seashore.

Maryland’s largest city (by far), Baltimore has a very long history. It has a huge harbor, and a secondary smaller inner harbor that abuts downtown.

While much of the city is still economically challenged, the inner harbor has for decades enjoyed redevelopment.

Industry still surrounds the harbor beyond.

One of the most beautiful libraries in the world is in Baltimore, the George Peabody Library.

Baltimore holds an annual Kinetics Festival, bringing out the best of their creativity.

The Eastern Shore of Maryland has it’s fair share of kitschy entertainment.

We made a stop in Ocean City one November day to find the town completely empty.

It is a bit more crowded in the summer. (photo from Maryland Coast Dispatch) 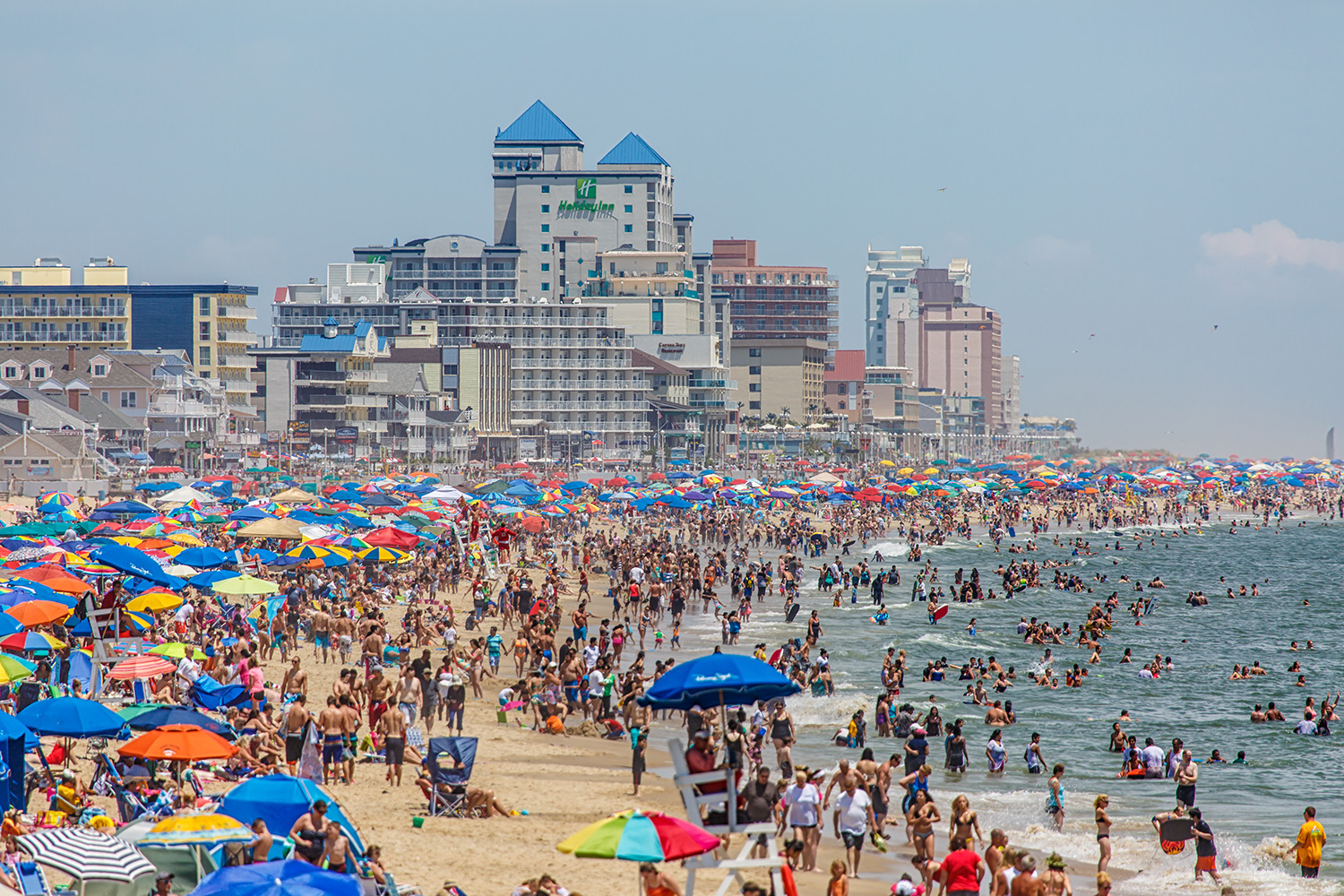 Sideling Hill is a small mountain in Western Maryland that has an impressive cut through the top to allow the interstate to pass through. The rest area at the top has an observation deck to allow you to get even higher for a panoramic view of the area.

The Chesapeake and Ohio Canal was one of the earliest forms of transportation in the state. Maryland has a lot to offer, not to mention it is next door to Washington, DC.