Welcome to New Jersey – my usual first views of the state are landing at Newark airport, for better or worse.

At the other end you can take a ferry from Delaware.

The New Jersey State Capitol is in Trenton. (Photo from Flickr)

The unusual state symbols of the day include:

State Colors – Jersey Blue and Buff. This dates from the Revolutionary War when Washington assigned the colors to the regiments of the New Jersey Continental Line. It is thought he chose these because New Jersey (as well as New York) were settled by the Dutch, and those colors are the Netherlands colors. State Tall Ship – A.J. Meerwald. This ship, built in 1928, is featured on maps below. It is a Oyster Schooner. Officially known as the New Jersey State House, the building was completed in the 1790s, behind the capitols in Maryland and Virginia. 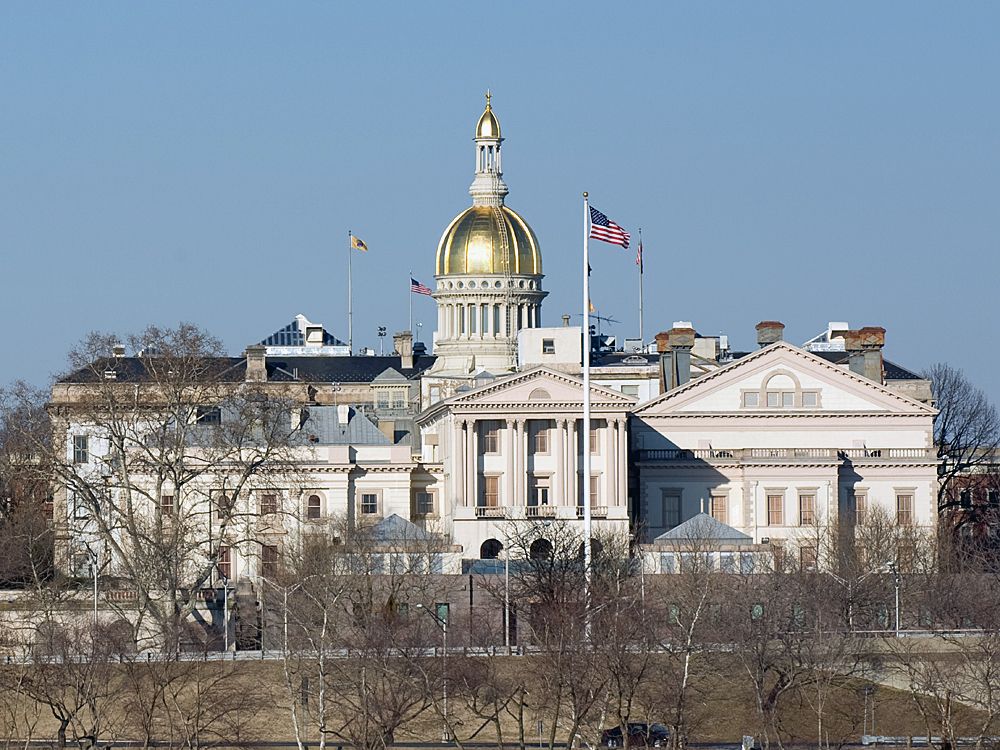 Let’s visit some other cities in the state starting with Atlantic City. It’s main business since being started in the 1850s has been tourism. It was marketed to the crowded city folks in New York and Philadelphia as a healthy resort on the ocean.

By the 1870s more than 500,000 people a day made their way to Atlantic City. By the early 1900s it had large hotels lining the coast, along those streets whose names have been made famous by the board game Monopoly, as well as the notoriety from the Miss America Pagent.

The mayor of the time quoted during Prohibition ‘we have whiskey, wine, women, song and slot machines. I won’t deny it and I won’t apologize for it.’ By the 1970s it had fallen on hard times, so they introduced legalized gambling. These photos show the rebirth in the 1980s, but the convention hall still being the showpiece.

Today it is similar, only with so many cities introducing gambling, the city has one again fallen on hard times. (photo from NJ public radio) 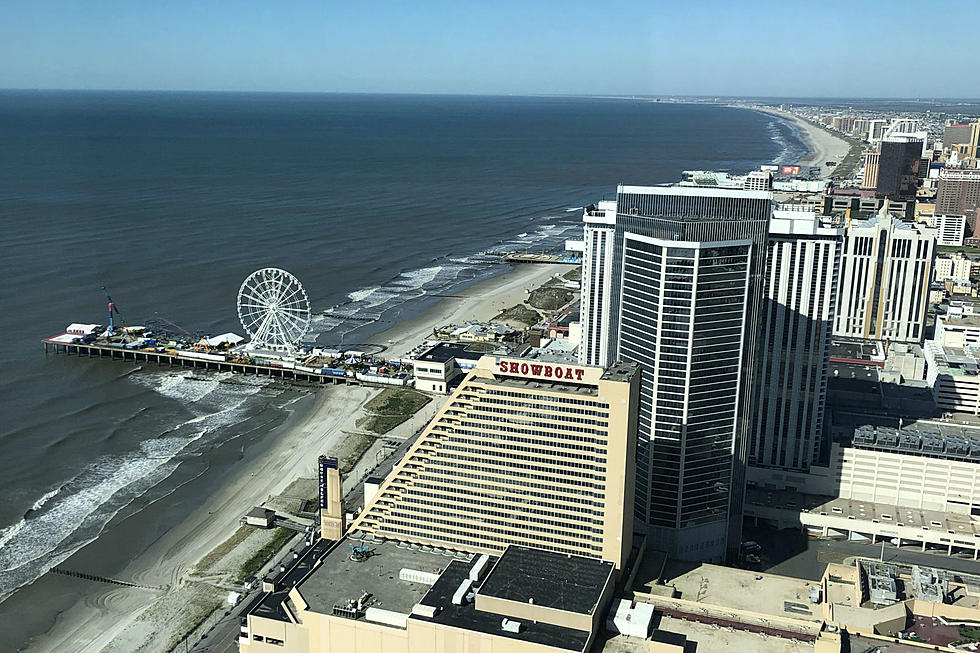 Much of the Jersey Shore (not beach or coast) has some cool/kitschy features, but the best is easily Lucy the Elephant in Margate. This 140 year old elephant still brings in the tourists.

Jersey City – The second largest city in New Jersey has the good fortune of being located just across the Hudson River from lower Manhattan. While the city has had it’s ups and downs, peaking out at 316,000 people in 1930, it dropped down to a low of 223,000 by 1980. This reflected the exodus of people from New York City as well, as everyone was headed to the suburbs.

Since then though, with significant renewal of the waterfront area the population has gone back up to 265,000, and continues to grow.

Just upriver Hoboken is experiencing a similar rebirth, but retains the fabulous Hoboken Terminal for New Jersey Transit Trains, and ferries to Manhattan.

It is interesting that New Jersey has featured the Statue of Liberty on the cover of some of the maps, as technically it is in New York. The island that the statue sits on is in New Jersey water, but is a federally owned island that belongs to Manhattan.

This is a result of a dispute dating (amazingly) from 1664, that stated the New Jersey borders did not extend to the middle of the river, or bay. In 1834 the US Congress did set the boundary in the middle of the waterways, however specifically exempted Liberty Island, stating it would remain in New York. This was held up in 1908 by the Supreme Court, and again in 1987 when New Jersey sued to take control of the island. Clearly these maps from 1983 and 1984 were when Jersey was confident the island would once again be theirs.

Ellis Island however is much simpler, it is in New Jersey. So all those ancestors of ours who were so proud to step of the boat onto New York, really set foot in New Jersey.

Interestingly it is connected to New Jersey by a bridge that is not open to the public, just park service personnel.

Those immigrants – unless you were headed to New England, you were herded onto barges and sent to the train stations in Jersey City and Hoboken, having never set foot in New York.

Liberty State Park in Jersey City is along the mainland near both islands. The park is on an area that was once large rail yards, with the centerpiece being the Jersey City Terminal of the Central Railroad of New Jersey. This building dates from 1889, and is currently undergoing renovations (for years).

Sandy Hook is a spit at the far northern end of the Jersey Shore, sticking out into New York Harbor. It is home to a vacant military facility, but is now a vast park, including large areas of natural settings with views across the harbor to Brooklyn and Manhattan.

New Jersey Palisades.  This geological feature along the Hudson River just north of New York City has been protected since 1900, as the industry of the times were blasting it away for crushed stone. (all photos in this section fromonlyinyourstate.com) 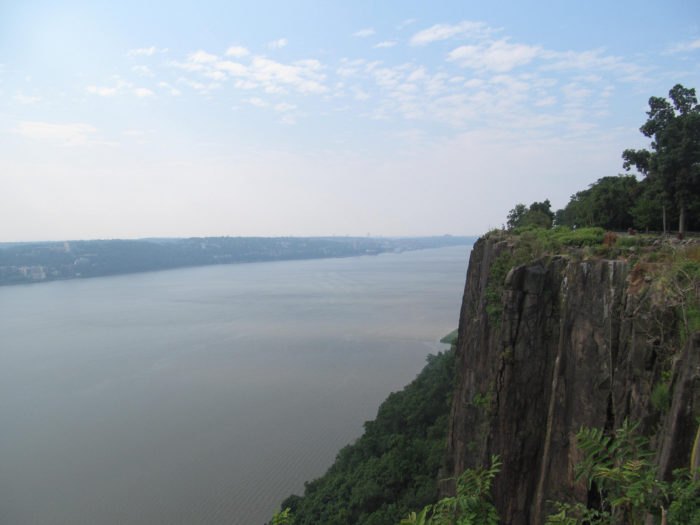