With just over 2 million people in the size of California, it is sparsely populated, but full of adventure.

Newfoundland was the home of the first European landing in the Western Hemisphere when the Vikings arrived around the year 1000, 500 years before Columbus. Today it is paired with Labrador to make up the province.

Cape Spear is the easternmost point of North America. The cliffs overlooking the ocean were used as a fort during World War II, with many remnants still onsite.

There has been a lighthouse on this point since 1836, with this one dating from 1955.

St John’s is the largest city and capital of the province, with a metro population of around 200,000. It is situated on a naturally protected bay.

St John’s is known for brightly painted homes, known as Jellybean Houses. The legend is they were painted that way so fishermen could see them in the fog, but in reality it was a marketing campaign from the 1970s that lead to the expansion of the style.

The Quidi Vidi neighborhood is a traditional fishing village that has had some gentrification and is a popular tourist and party spot.

In my travels around the world I have been to a number of unusually named places, but this town, named for the long thin pin that goes through the hole on the side of a row boat to hold the oar on, attracts the most attention.

Gander is a small Newfoundland town that for many years was the stopping off point for international flights between Europe and the United States. By the 1960s the airplanes had sufficient range to make the trip non stop, and Gander Airport was largely abandoned.

The unused international arrival hall is a time warp to 1960, in pristine condition.

On 9-11 all the flights were grounded, with 38 large aircraft unexpectedly arriving, leaving 6,000 passengers and crew stranded in a town of 10,000. The response of the townspeople was amazing, and remains a legend to this day. They housed and fed all those unexpected visitors for a couple of days until they were able to travel to their destinations.

Gros Morne National Park is where the Appalachian Mountains reach the Atlantic Ocean. It is a spectacular place with widely diverse landscapes.

The town of Port Aux Basques is one of the two ferry terminals to the mainland in Newfoundland.

The town has always been a gateway to the province. It was also the destination for the first Trans-Atlantic cable.

The ferries are some of the largest in North America, with one having a capacity of 600 automobiles, although most trips have a significant number of semis.

It is a floating parking garage.

The Nova Scotia countryside is scenic, with many lakes and hills.

The town of Truro had streets limed with elm trees, but they were killed in the Dutch Elm disease that impacted much of the eastern continent.

Truro has turned 43 of those trees into sculptures.

It was settled in the mid 1700s.  (photos from Wikipedia) 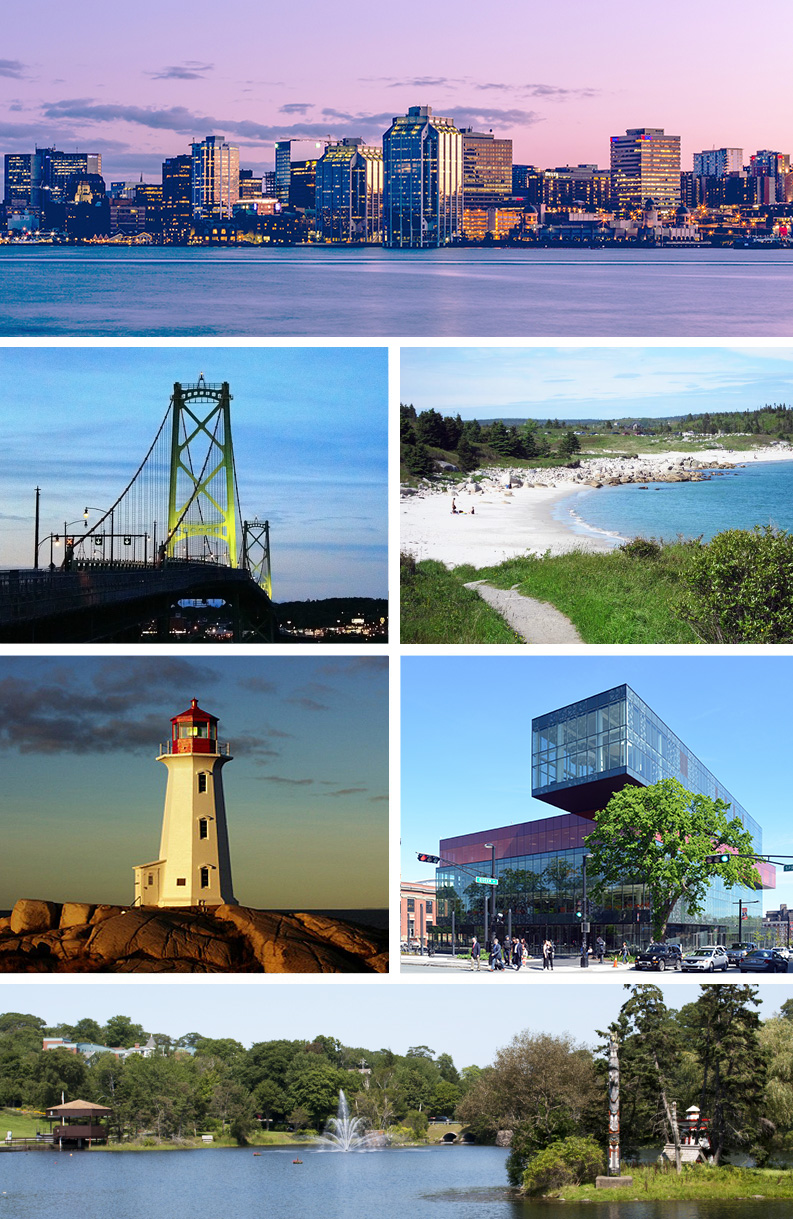 Saint John is one of the 3 larger towns in the province, although none are very large.

The Fundy Coast is very scenic, looking more like the Pacific Coast than the Atlantic.

The Bay of Fundy has some of the highest tides in the world, going up and down more than 40′ most days. Low tide allows you to walk around on the sea floor, before making the quick trip back up the stairs before it comes back in .

The tides also leave some rivers dry for periods of each day. In Moncton this tidall bore results in a wave twice a day large enough for surfers to ride it for miles. 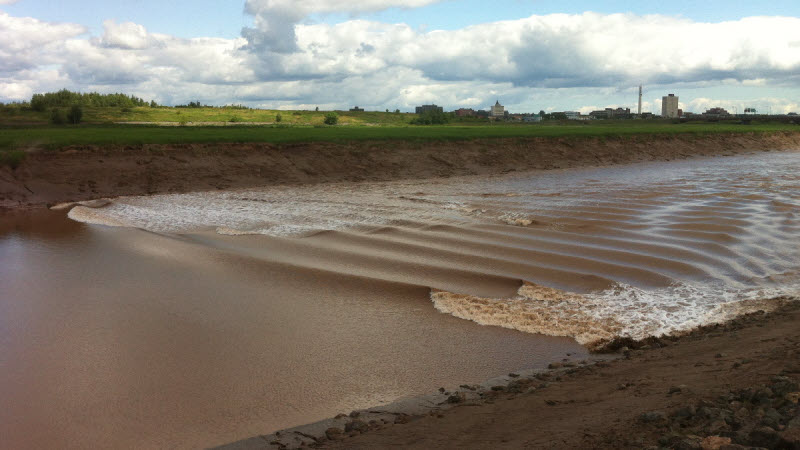 Fredericton is the Provincial Capital.

At almost 1300′ long, the Hartland Covered Bridge is the longest in the world. Driving through it feels like you are in a wooden tunnel.

The Grand Falls is a 75′ drop on the Saint John River in the town of Grand Falls. The day we were there most of the water was shut off.

The smallest province by area and population (the 3 Canadian ‘territories’ have lower populations), PEI was for many years separated from the mainland, reached only by a ferry.

That all changed in 1997 when the 8 mile long Confederation Bridge was completed.

The island’s largest industry is tourism.