Todays Drone Tour starts out along the Ohio River at Portsmouth. The first view shows the flood wall covered in murals (later posting revisiting the murals).

The sun was just rising in the east, giving the U.S. Grant Bridge and the Ohio River some interesting lighting.

The Carl Perkins Bridge across the Ohio River, where the Scioto River enters.

The hills in Kentucky with the clouds reflected in the river.

Spartan Stadium was home to the NFL’s Portsmouth Spartans from 1928 until 1933, when the NFL had teams in relatively small cities. The Spartans moved to Detroit and live on to this day as the Detroit Lions.

An overview of the city of Portsmouth. The town has for decades lost population, dropping from a high of 43,000 in 1930 to the current population of 20,000.

Norfolk Southern Railroad has a large yard along the river in east Portsmouth.

The next stop was the city of Chillicothe. This view is of a large paper mill.

The same neighborhood has this large grain elevator. Unfortunately at this time the rain came and the drone became grounded. 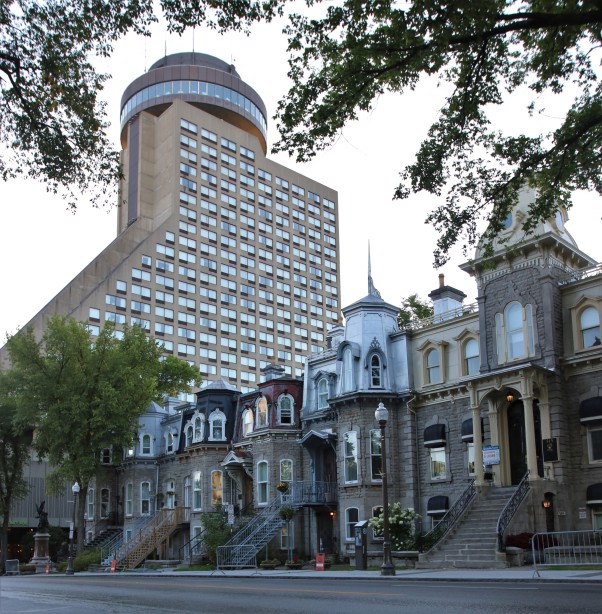