Every sunset I have ever seen has resulted in a subsequent sunrise, and our night at Bryce was no different.

Once again we were up before dawn, this time driving to the far southern end of the park to Rainbow Point, as well as a couple of the other overlooks.

As with sunset, different cameras and slightly different angles gave very different lighting, but all were outstanding.

After a long day of hiking at Willis Creek Slot Canyon, Kodachrome Basic and Bryce spending the sunset hours overlooking the amphitheater area of Bryce was a welcome reward.

These photos, while taken chronologically, were done with different cameras, or pointed in slightly different directions, resulting in vastly different lighting.

Ironically the iphone seemed to capture the lighting and overall look best.

And with that the sun set.

This posting is one in a series for a visit to Bryce Canyon National Park. When we visited in 2015 we stopped by for only a few hours, checking out the overlooks before moving on down the road.

This time we were fortunate enough to secure a cabin in the park for the night, so we had plenty of time for hiking, as well as well as experiencing a sunset and sunrise.

This posting highlights the views of the hike down into the canyon to the Queens Garden. This hike allows you get get up close to the famed hoodoos.

The hoodoos have been formed over millions of years by the deposit of rocks, uplift of the land and finally the erosion of the soft stone to create the interesting formations.

The variation in shapes are due to the slight variations in the amount of calcium carbonate each one has, and how it interacts with the rain.

Our hike took place in the northern section of the park where the hoodoos are the youngest, therefore most impressive having not been eroded away as much.

The path down was well worn, and while you see a number of people going in both directions, it is far less crowded than along the rim.

The hike up, while strenuous was ‘do-able’. In addition there were so many great places to stop and take photos the hike up went by fast.

As always the ‘windows’ are impressive features of the erosion process.

Part 2 of our visit in the next posting tomorrow is the sunset experience. 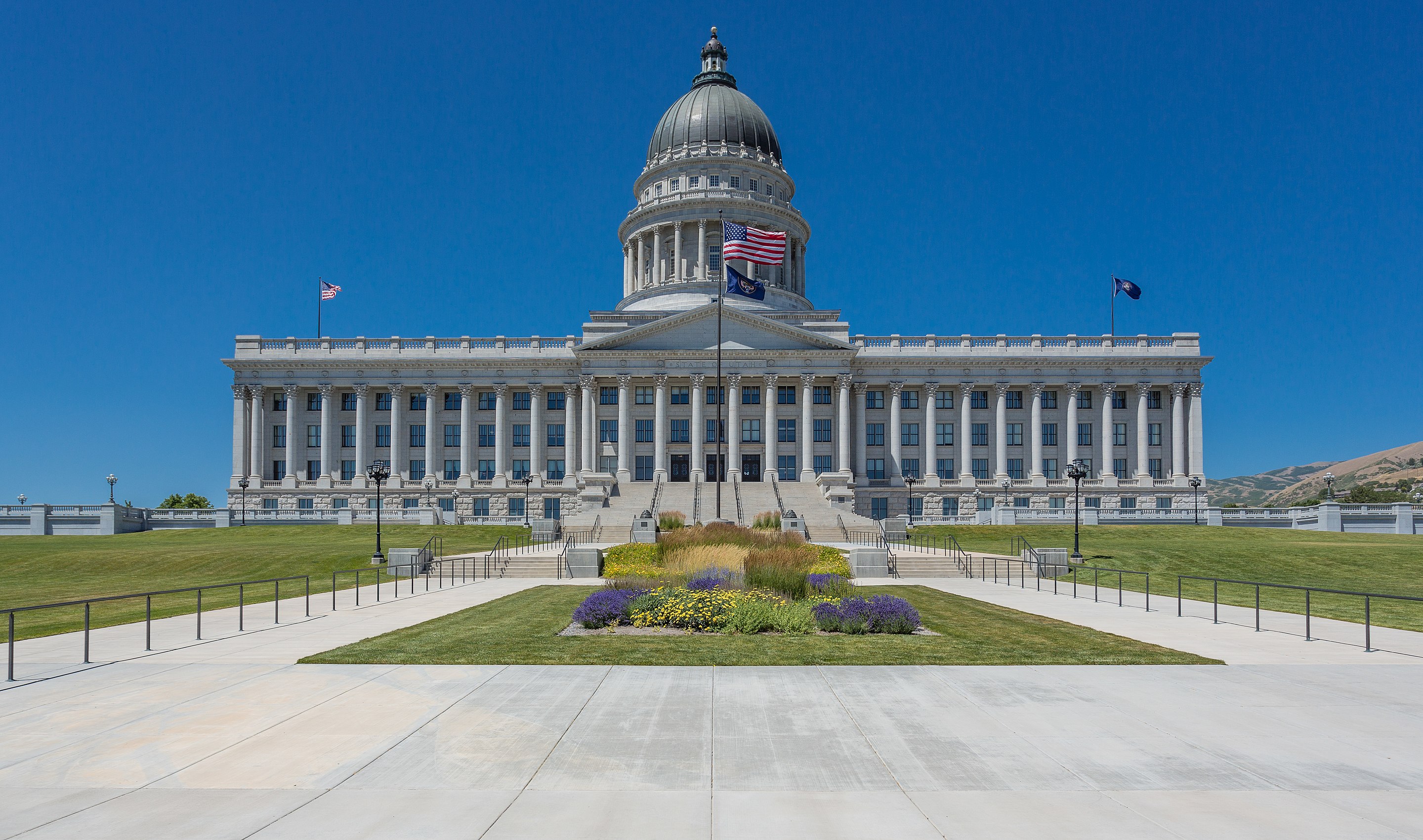 We left Zion National Park early in the morning while it was still dark; so dark that as we entered the Zion-Mt Carmel it took a few seconds to realize we were in a tunnel. Emerging on the other side, and making our way on up the steep road, the drive became very picturesque as we saw mountains appear in a shadowy sky. As the sun rose, we saw more beautiful overlooks and a fog and haze over the Utah desert.

The 85 mile drive to Bryce Canyon National Park took us into the Long Valley, which follows the Virgin River throughout south central Utah. Immediately after turning east on Utah 12 we began to see interesting geological formations, including a small natural tunnel that the road went through.

As we reached the park entrance booth there was a sign indicating visibility was poor, no refunds would be provided – but we had a pass so we went on it.

As we drove the 18 miles to the end of the canyon at Rainbow Point. Rainbow Point is the highest point in the canyon and was completely encased in a cloud with a windy rain and a drop in temperature at 9,000 ft elevation.

We worked our way back to the next overlook to get our first glimpse of the canyon at Black Birch viewpoint. Here we saw a wide canyon with spires and rock formations. As we drove to the next point at Ponderosa Canyon, it was still raining and cold. We continued along the rim of the canyon and stopped to see the natural stone bridge.

Fortunately as we drove back to Bryce Point the sun cleared the sky and the temperature began to warm. As the sun moved across the canyon we saw beautiful colors and shadows on the rocks. Our brief hike lead us to the most spectacular view of Bryce Point with hundreds of spires and rock formations to Inspiration Point which was also a gorgeous vantage point of the hundreds of hoo doos throughout the canyon. We agreed that Bryce Park is the most amazing natural attraction we have ever seen, even more so than the Grand Canyon.

After a nice buffet lunch we went to see Sunset Point. Again the view was so fabulous that we ranked Bryce Canyon National Park as the most beautiful national park of all.

Leaving  Bryce we continued east on Utah 12, stopping at the Escalante Visitor’s Center where we learned that Escalante is not a single feature but a two million acre park.

A 12 mile drive down a dirt road (complete with some washboards), we made our way to Devil’s Rocks. Here we got a close-up of hoo doos (rocks balanced on thin spires) and got to climb on the rocks. We had fun exploring and it was well worth the 24 mile detour.

Continuing east on Utah 12 we crossed over Boulder Mountain, an 11,000 peak, with our pass topping out at 9600′. As Utah 12 makes it’s way down the northeast side of the mountain there are overlooks with views all the way to Capital Reef National Park. Utah 12 ended at Utah 24 in the small town of Torrey. I have driven many roads throughout North America and Europe and Utah 12 ranks up with the very best even though it is only 123 miles long.

Eventually we made our way to Capital Reef to see massive sandstone formations, towering arches, ancient writings, and a valley of red rocks. The petroglyphs were easily seen and neatly done by the Fremont Culture dating back to 1300 C.E. After stopping at the Visitor Center we hiked a short way to get a better look at Chimney Rock, followed by a brief stop at the Goosenecks Trail to hike a few minutes to the overlook. We were able to see a great canyon and looking back we could also see Chimney Rock.

The drive east/northeast on Utah 24 then I-70 continued to provide great geological views, seemingly ever changing.

Eventually we reached Moab, Utah, tired, hungry and in need of gas for the car. The Broken Oar provided a great dinner, the local Comfort Inn some well needed sleep, and the next morning we were ready to head out again.