A true Arizona legend and character was the artist Ettore ‘Ted’ DeGrazia. Born in the mining town of Morenci, Ted grew up the son of Italian immigrants. When the mine closed the family eventually moved back to Italy, where Ted spent his informative years, before returning at the age of 14 when the mines reopened.

He made his way to Tucson at age 23 and enrolled in the University of Arizona, working as a musician and landscaper to pay his way. It was here he became an artist, eventually becoming renown enough to work as an apprentice for Diego Rivera.

He had a studio in the city of Tucson, but decided he wanted to escape to the desert, so he bought 10 acres in what was then remote land along the mountain foothills. That land now makes up De Grazia’s Gallery in the Sun.

The main building houses much of his life’s work.

The gallery is much more than just the works of art in the main building. Ted built numerous buildings and other structures on the property.

One courtyard has a desert garden.

The day of our visit coincided with the Fiesta de Guadalupe. This festival included music and dancers, we were fortunate enough to see the Ballet Folkorico.

The Gallery in the Sun is a unique place well worth the visit.

Welcome to North Carolina – or as I often heard it referenced when I lived there North Cackalacky. This was one of those expressions I never understood why, but this virtual travel posting research has taught me new, if irrelevant, information.

Apparently that term that started in the 1960s by soldiers who were sent to army bases in the state, and was used in a somewhat derogatory manner. The Carolina folks however have somewhat embraced the term to the point one person has started a barbecue sauce called Cackalacky.

Speaking of barbecue, Carolina’s is the best! But even in North Carolina there is debate about which barbecue is best – Eastern (coastal) or Western/Lexington/Piedmont.

The Eastern style is more vinegar based whereas the Western is tomato based. 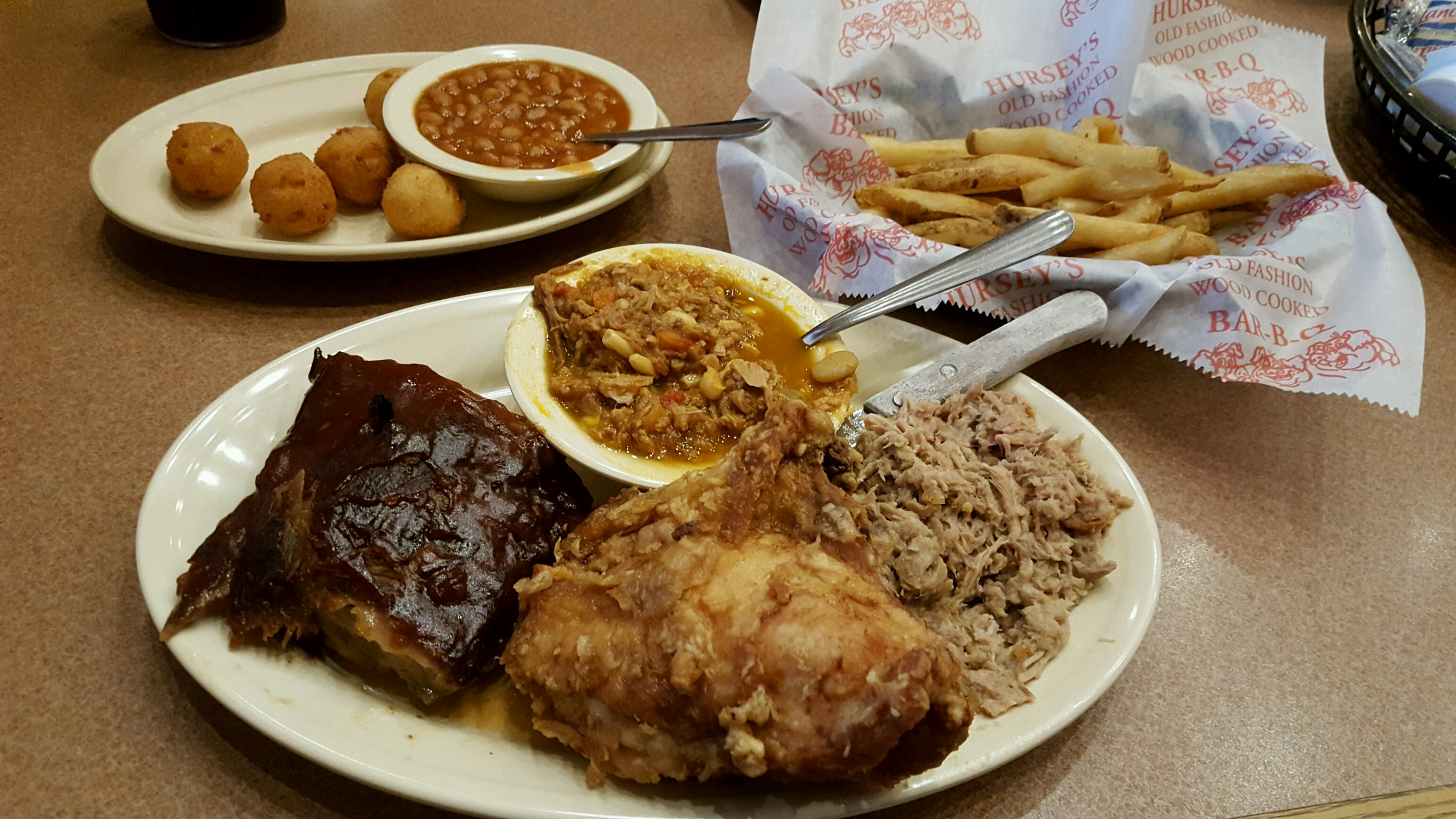 Ironically barbecue is not the official North Carolina state food, as they have none. They do however have 50 state symbols! State Carnivorous Plant – Venus Flytrap. Native only to a small area around Wilmington, North Carolina, it is now cultivated worldwide. The North Carolina State Capitol is in Raleigh. This building dates from 1833, and was saved from General Sherman’s march in the Civil War by the governor of the time, Zebulon Vance, sending a peace delegation to negotiate with Sherman. Legend has it that Raleigh is the only southern city that Sherman came across that wasn’t heavily damaged, although part of it was it was right as the peace treaty as ready to be signed.

The area around Raleigh has had tremendous growth in the last few decades thanks to Research Triangle Park, the largest research park in the United States.

It was created in 1959, and has grown steadily ever since, with over 60,000 people now working there for companies such as GlaxoSmithKline, Cisco and the National Institute of Health.

The state government areas in the middle of the city are home not only to the capitol and legislature buildings, but numerous museums.

One of the most famous locations in the state is located along the coast at Kitty Hawk. It was here in 1903 that Orville and Wilbur Wright came down from Ohio to escape the cold and test their invention, the airplane.

The site is a National Historic Site, with a full scale sculpture of the plane, as well as markers detailing those first 4 fledgling flights.

From the Ocean to the Mountains

North Carolina stretches for 500 miles inland from the ocean to the Appalachian Mountains. One of the nicer mountain regions is at Stone Mountain State Park (not to be confused with the one in Georgia with confederate soldiers carved on it).

The Outer Banks of North Carolina has some of the finest beaches in the country, along with giant sand dunes, and an apparent bulls eye for hurricanes to aim for.

The Blue Ridge Parkway is the country’s longest park, running for 429 miles along the tops of the Appalachian Mountains from Virginia through North Carolina.

It’s most famous spot is the viaduct at Linn Cove on Grandfather Mountain, featured on two of the maps above. (photos below from various internet sites)

Eastern North Carolina has a number of picturesque towns, including Edenton. In the mid 1600s settlers from Jamestown came inland and founded Edenton Colony, making it the first European settlement in North Carolina.

The town served briefly as the North Carolina capital.

The central North Carolina area has a number of cool places to visit including a restored ‘Clamshell’ Shell station in Winston- Salem.

Durham has two classic baseball stadiums; the older one was featured in the movie Bull Durham, and continues to this day to host college games, while the newer stadium is now home to the Durham Bulls.

Seemingly misplaced, the NHL has a team located in Raleigh.

Near the Virginia border is the home of ‘Grave Digger’, monster truck extraordinaire.

At the other end of the state, on the South Carolina border is Charlotte, the states largest city. It is a fast growing city, and financial headquarters to numerous banks. (Photos from Wikipedia)

In the far western edge of the state is Asheville, a bastion of blue in a sea of red in the mountains. Asheville is an artist center. (Photo from Wikipedia) 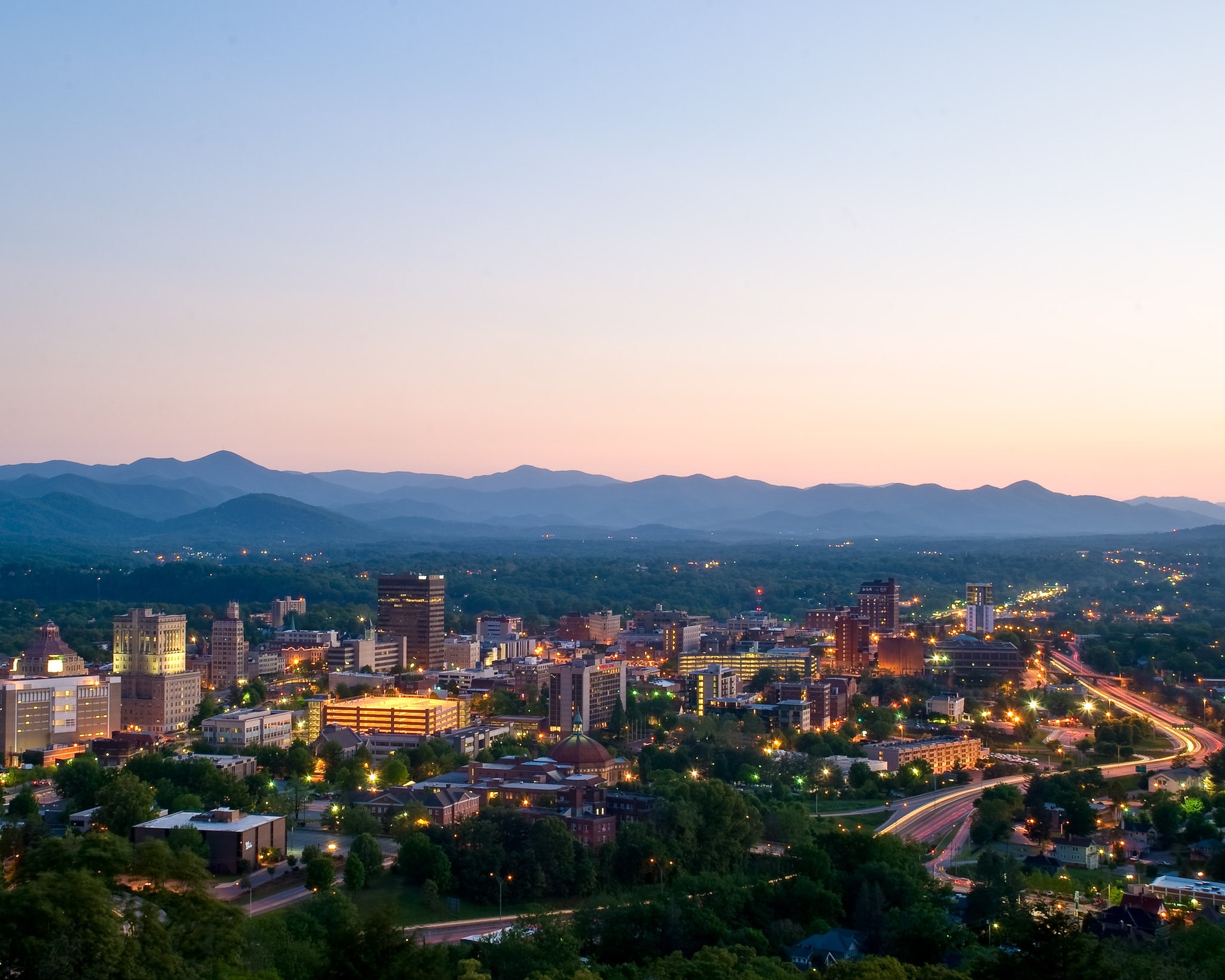 Lastly we visit Mount Airy – aka Mayberry. This small northeastern North Carolina town was the home of an actor named Andy Griffith, who starred in a 1960s TV show where he was a small town sheriff in Mayberry. It was based on his hometown, and to this date they live off of that reputation. (photo from Wikipedia). 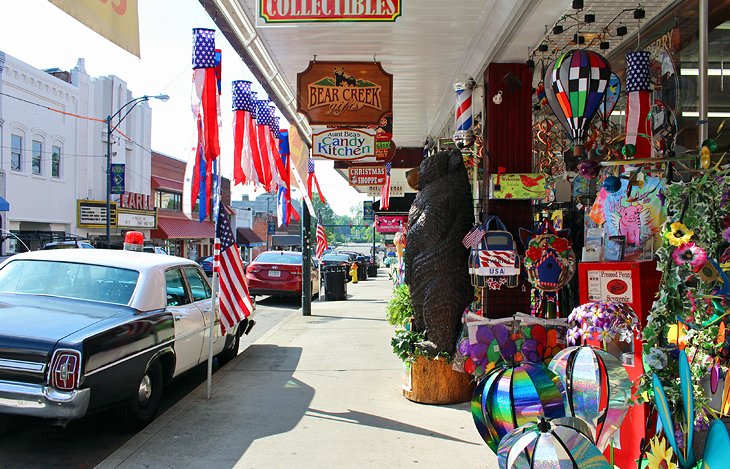 By y’all for now.