Today’s stop is North Dakota. A sparsely populated state along the Canadian border, North Dakota is a place with cold winters, hot summers and vast prairies.

Bismarck is the state capital. The Capitol is the tallest building in the state, measuring 241′ (73m) high. Nearby is the North Dakota State Museum.

The grounds include a number of statues and monuments including Sakakawea, a Shoshone woman who helped Lewis & Clark make their way to the west coast.

Official State March – The Flickertail March. I am not certain it would work for the military but the Flickertail is a squirrel that has a distinctive jerk of their tails, or flicks, while running – and North Dakota has saw fit to make this their State March! (photos from statesymbols.org) State Fossil – Teredo Petrified Wood. This petrified wood is unique in that it has ‘worming’ of the original wood that is clearly present in the fossils. Theodore Roosevelt National Park is located in the far western part of the state. This massive park is a tribute to Roosevelt, who came to the area in 1883. After family tragedy, he returned to North Dakota the following year, and spent a few years in the area.

The area’s badlands and wildlife make for a scenic experience.

Fargo is the largest city in the state, with 125,00 residents. It is on the Red River, which forms the border of Minnesota. The visitor center has the woodchipper from the movie ‘Fargo’ 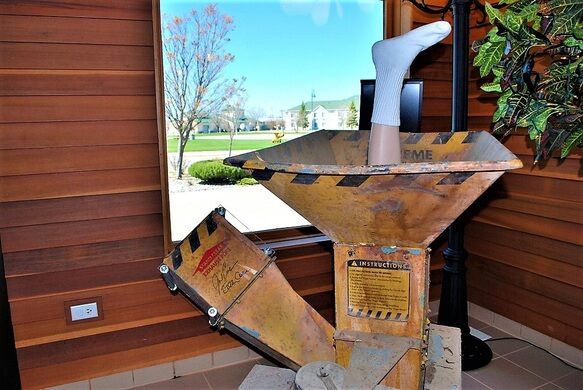 Medora is a small town near the national park. Among the attractions here is the cabin that Roosevelt lived in.

As you leave Bismarck headed west you come to the small town of New Salem, with the giant fiberglass cow – Sue.

Native American’s have inhabited the North Dakota area for thousands of years. Today there are 30,000 Native Americans living in the state, one of the largest percentages of any state, giving the state a strong native presence. 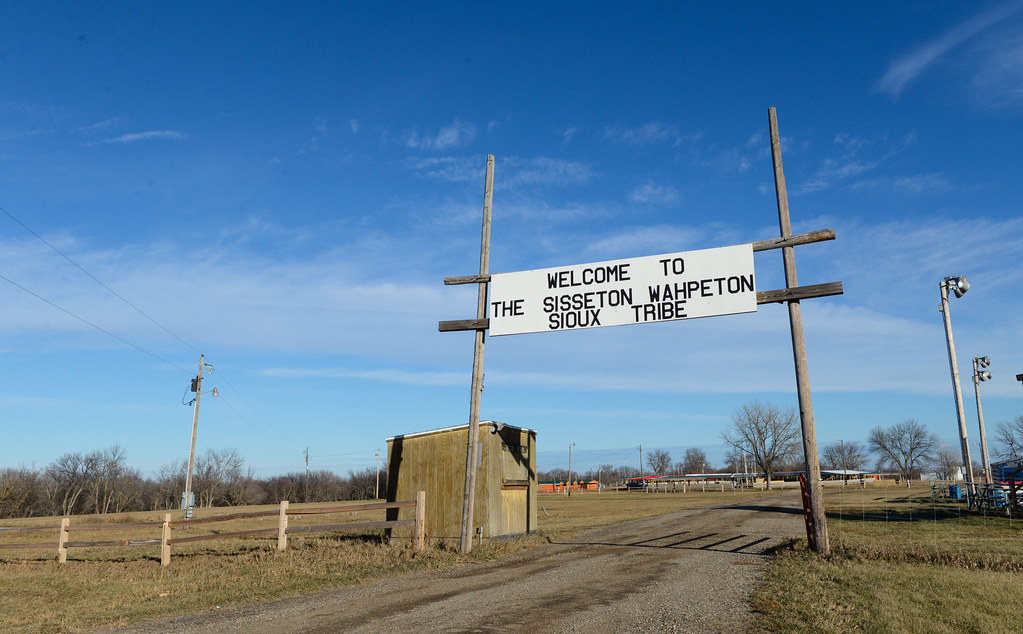 Many have capitalized on the ability to have casinos to sustain their tribes, including Spirit Lake Today’s younger Native American’s continue to take pride in their culture and lands. (photo from Earthjustice.com)

Our trip west continued with much cooler weather after the previous night’s storms. This was a day to mainly make good time, but find sights along the way – a real Roadside America kind of day, which Northern Minnesota seems to specialize in.

These included  a Giant Muskie and Bald Eagle in Floodwood; a yard full of cement sculptures (Wolf, dog on a leash, cow by a barn, eagle, bison, and more) in someone’s yard in Jacobson, and a giant statue of Paul Bunyan as well as another giant Muskie in Ankeley)

Along the way we crossed a small creek, or rather the Mississippi River. The Mississippi begins north at this point and is not very wide at the point of our locale.

Arriving in Moorehead, Minnesota we went to the Norwegian Heritage Center. The highlight of the Center is a replica of a Viking Hjemkomst ship. The ship was built by Bob Asp who dreamt of sailing an ancient ship to Norway. He and his family built the 76 foot replica based on a Viking ship excavated in Norway. Asp died before the ship was completed so his family finished its construction. Then the ship was sent to Duluth, Minnesota so that it can sail from Lake Superior to Norway. The ship is stationed inside the Center.

Also at the center is a replica of a Norwegian church, the church had no pews, worshippers had to stand. The roof is made of wood staves, with the church being made of white pine with expertly carved designs of dragons made of California Redwood and were skillfully carved by Guy Paulson. On the side the church had a leper window, which allowed the infected to attend service and receive a blessing from the reverend without infecting the rest of the congregation.

Moorehead is just across the river from Fargo, North Dakota.

After crossing into Fargo we stopped for lunch at the Old Broadway Restaurant. The building that housed the restaurant was nicely renovated and the food was good.

After lunch we toured downtown Fargo a bit, as well as making a stop at the Fargo Tourist Center to see the wood chipper from the movie “Fargo.” A leg juts out from the hopper of the wood chipper, which I had to pose with!

The Visitor Center has a club for anyone who visits North Dakota as their 50th state. North Dakota is usually the last or least visited so the Center makes a big deal when someone mentions it is the 50th state for them. The Center presents a T-shirt, magnet and certificate, all saying “Best for Last Club,” emblazoned with a silhouette of North Dakota then entered into the book with other members of the special 50th club. North Dakota for me however was number 46.

In Bismarck, the state capital, we walked around the grounds since the capitol building was closed for the Labor Day holiday.

We were able to get into the North Dakota Cultural Heritage Museum for the last fifteen minutes before closing for the day. The museum had fossils that were real and also casted skeletons of dinosaurs.

After cruising through town and ate dinner at the Olive Garden. Our meal was not that great but it was the best option available.