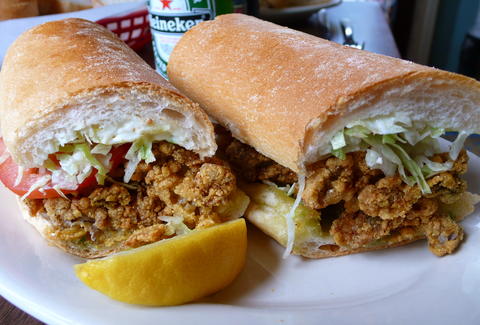 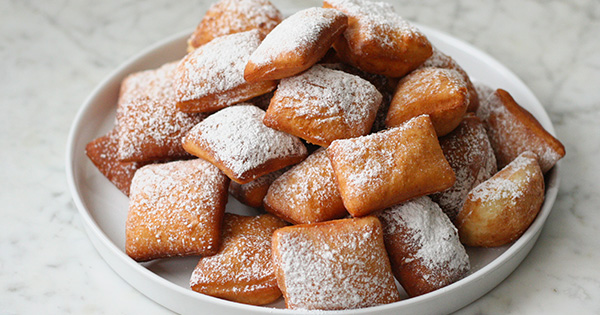 Everyone knows that Carnaval ends on Fat Tuesday. For whatever reason the good people of Vicente Lopez, a huge Buenos Aires suburb, don’t seem to care that date has passed. They had their Carnaval 5 days later!

This worked perfectly for me as I was on an airplane coming back from North America for the large parade downtown. Completely disappointed I missed my chance, I was elated that I was given a second chance in Vicente Lopez.

The parade was long enough it started in the hot sun of the day and ran into the night. And it was everything you could hope for from an Argentina Carnaval Parade – Murgas (drum crews), dancers, elaborate costumes, and general fun.

After what seemed like the final group came through and we left we ran into one more group who was clearly late to the parade!

What a parade it was. While it obviously isn’t Rio, it was far better than we could’ve hoped for, and an experience that will live with us for a long time.

Easily the most recognized aspect of Buenos Aires culture to tourists is the tango. It is sometimes referred to as 2 x 4, as a reference to the rhythm of the dance.

The newest subway line is the city is Line H, and the artwork on this line is known as a Homage to 2 x 4. As with the others this posting is not intended to provide a comprehensive view of all the artwork, as it is far too extensive.

The first station is Facultad de Derecho (The Law School). The mural along the platform is aptly titled ‘Buenos Aires City of Tango’. It recalls the origins of the dance in the immigrant neighborhoods of the city.

The Las Heras Station has some fantastic mosaics and murals by Marino Santa Maria. We had met Marino earlier where he had decorated his entire neighborhood, but here his art is visible by tens of thousands of people a day.

The Santa Fe – Carlos Jauregui Station has many tributes to the LGBT community.

At the Cordoba Station you find three large works entitled ‘The Day That You Love Me’, ‘Kindly’ and ‘South’.

The murals are tributes to great tango artists, but it seems to be more of an artistic interpretation than something that is obvious.

The Corrientes Station is one of the major stops along the H Line. One of the archways to the tunnels features Enrique Santos Discepolo, another of the 1930s tango singers.

It is said his song Cambalache was critical of 20th century corruption. The later Argentine leaders/dictators so objected to this song that it was often banned.

This postings feature image, as well as the image below features Discepolo and Gardel. There is significant imagery throughout, including Lady Justic with a Squeezebox.

The next stop is at the Once Train Station, where the artist Hermenegildo Sabat portrays a number of the 1940s tango artists including Anibal Troilo.

As noted much of the H Line celebrates the musical history of the city. At the Once Station however there is a large collection of artwork serving as a memorial for the 194 young people who were killed in a fire at a nightclub on December 30, 2004 – hence the name change of the station to Once – December 30th.

So many of the victims left behind shoes at the scene it has become the symbol of the tragedy.

The Venezuela Station (as with most stations they are named for the cross street the station is located at) has a plethora of works honoring more 1930s artists and bands.

The work below features a trio known as Fresedo, Delfino and Roccatagliata. They were most known for going to the United States to record ‘Buenos Aires Style’ tango in the 1920s.

Humberto Station continues the tour with a large tribute to Francisco Canaro. He had a very long career in tango, with the cariactures being humorous.

At Inclan Mezquita Al Ahmad Station both ends have large murals featuring many of the female stars of tango, including the one below where the lead female singer is dressed as a man.

Most of the station celebrates the early days of tango making into the movies.

The panels on the sides of the station appear to be box seats at the theater with patrons watching the show.

The composers are honored at the Caseros Station including Eduardo Arolas, Julio de Caro, Pedro Maffia, Luis Petrucelli and others.

The Parque Patricios Station had more interesting art outside the station than inside.

As you enter the station you are greeted with a mural from Ricardo Carpani entitled ‘Who Are We, Where Do We Come From and Where Do We Go’, serving as an anthropoligical map of Argentina. It is intended to show the real jungles of Argentina and the urban jungle of Buenos Aires.

Another interesting aspect of this station is the decorated air vents above the platform. Six well known Argentine artists applied their vision to the vents.

Back in the station are a number of pieces from Marcello Mortarotti entitled ‘Bright Memories of Buenos Aires’. The works feature Tito Lusiardo, a dancer and actor from the 1930s and beyond.

The final station is Hospitales, where the singer and actress ‘Tita’ is featured.

As we continue to tour the 6 Buenos Aires subway lines, the quantity and quality of the art continues to impress us. We are looking forward to touring the final 3 lines in the upcoming months.

A day of a blues festival provided plenty of people watching opportunities.

The annual Jazz and BBQ Ribs Festival was in town. Easily the most interesting subjects here were the people – both the musicians and the spectators.

For more than 60 years Dave Ramey has been one of the best in the country in restoring old music machines. These mechanical devices date from the early 1900s, and feature a number of instruments including pianos, banjos, drums and others.

Dave’s business has been located in Marysville, Ohio for more than 10 years. In an effort to encourage people to check out downtown Marysville, they have placed the machines in a number of the small shops. All you have to do is show up, use one of the free nickels, and get a song from a cool machine.

The fun continues at Parade the Circle.

The annual Parade the Circle in Cleveland puts the camera on overload! From the hundreds taken 40 are worthy of a posting, so it is split into 2.

This year’s theme is Mythology of Illusion.