At long last it is time for a long road trip. This trip will take 16 days, and go as far north as Montana, always taking the scenic route, providing interesting views for a series of blog postings.

We started out by leaving Tucson on a sunny Friday morning.

Our route took us up Arizona Highway 77 north towards Globe. The route follows the Gila River for a few miles.

As we made our way through Pinal Pass, just south of Globe, we came across a burn area. Nature however is resilient, and the spring flowers are in bloom next to the burnt trees.

At Globe, Arizona 77 merges and runs along with U.S. 60 towards Show Low. About 40 miles northeast of Globe you descend down 2000′ vertical feet into the Salt River Canyon. The drive, and views, are spectacular.

Once the river is reached there are two bridges – the original bridge is an Art Deco masterpiece built in 1934, built as part of the New Deal initiative. It is built in a design known as steel two hinged girder ribbed deck arch.

Today it is a pedestrian only bridge.

The newer bridge, built in 1993 carries the traffic. While not nearly as interesting, they at least added some native symbolism incorporated into it.

Two more views on the north side of the canyon show the dramatic walls, and the river below.

North of Holbrook you go through areas of the Painted Desert. While not as colorful as the areas near the Petrified Forest National Park, it still added interesting views to the drive that lead us to the next posting stop – Canyon De Chelly National Monument. 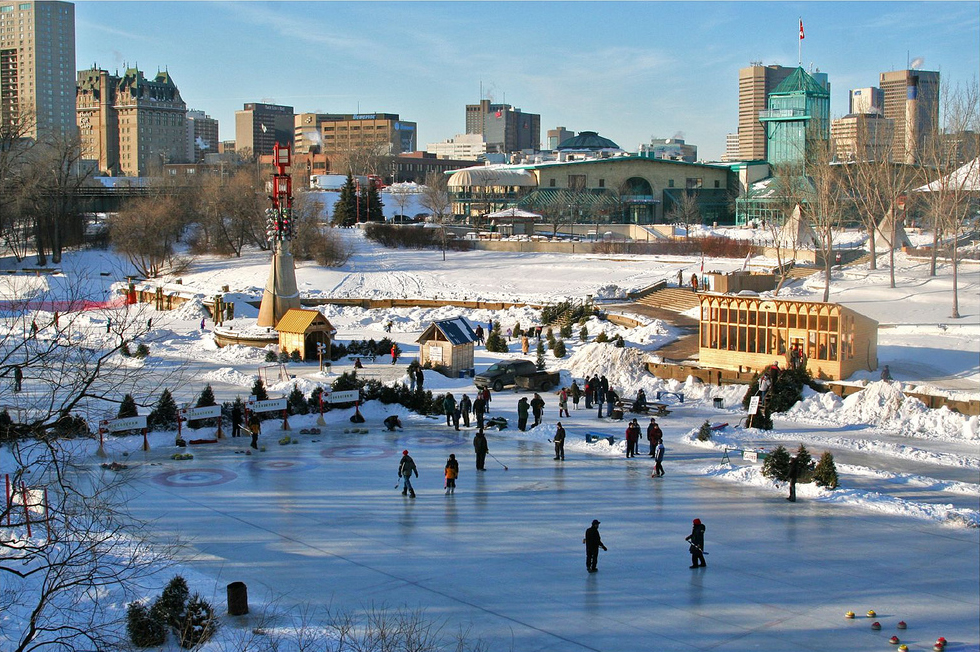 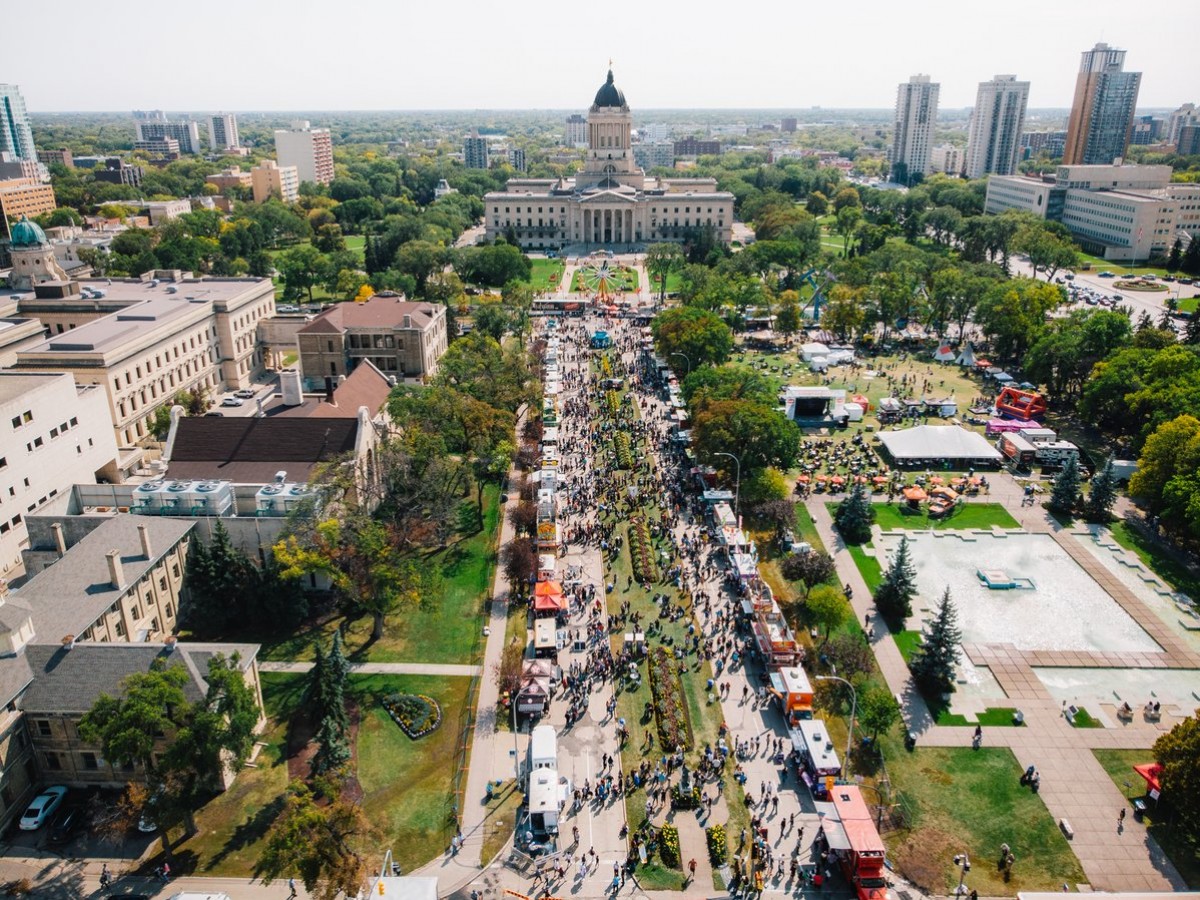 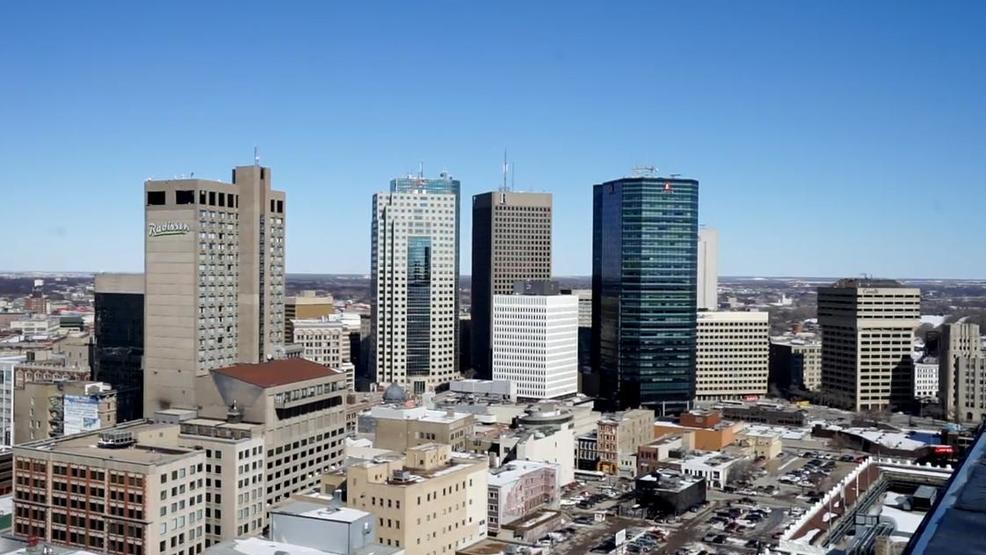 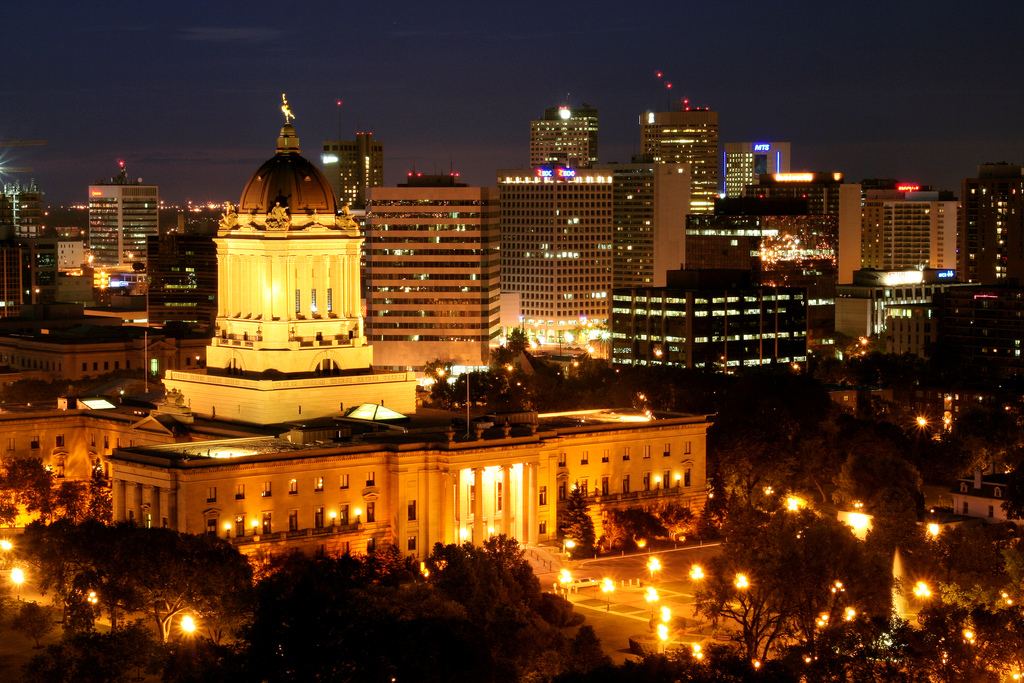 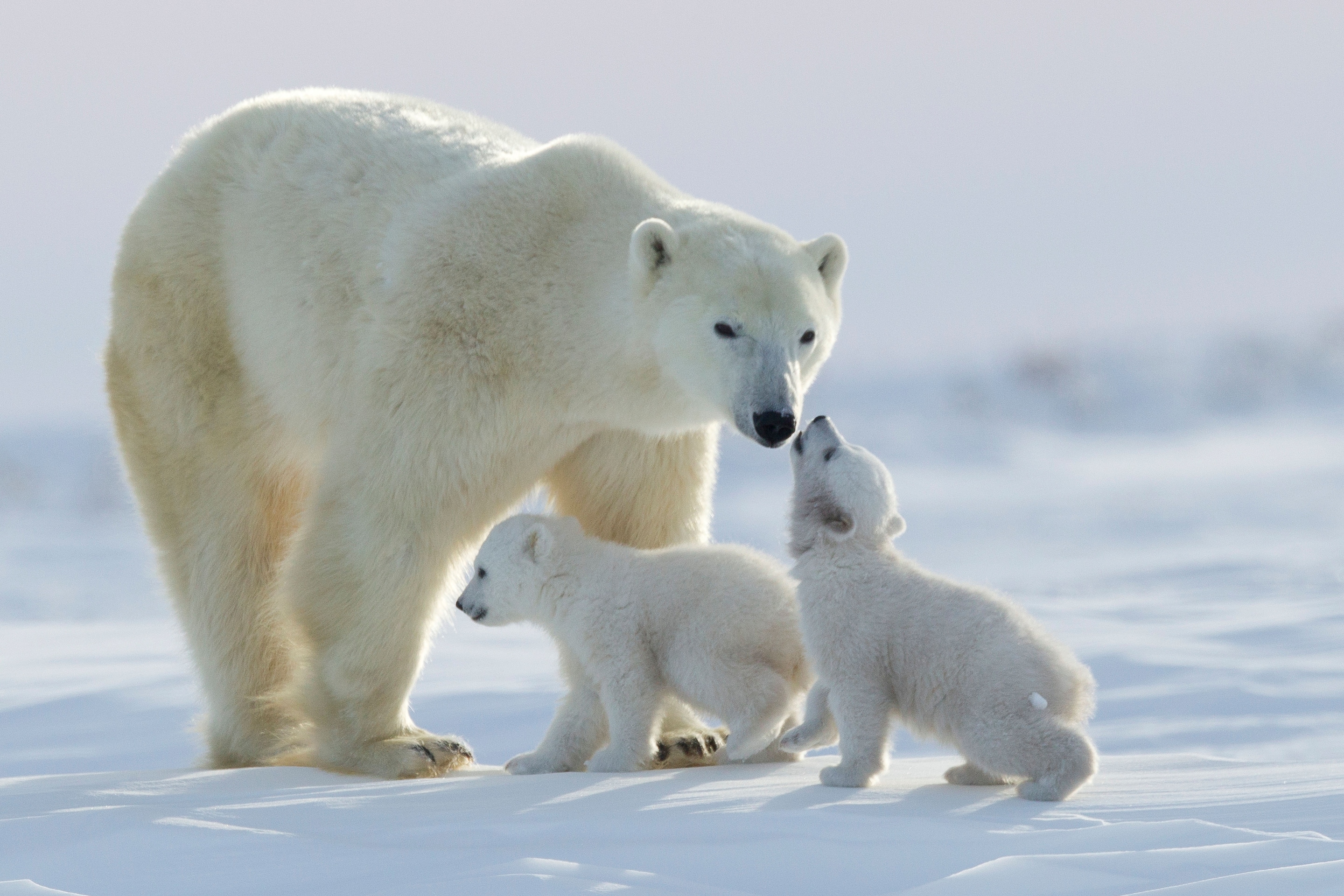 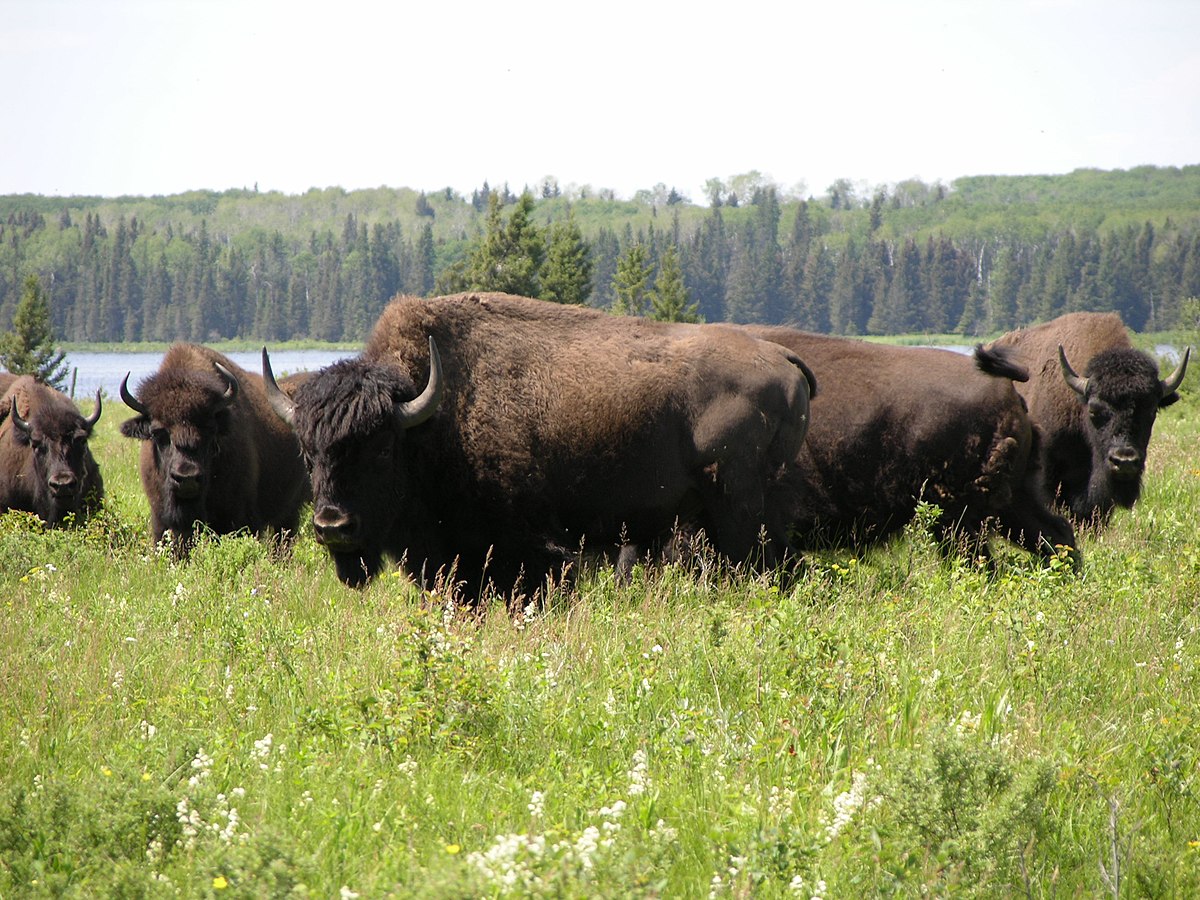 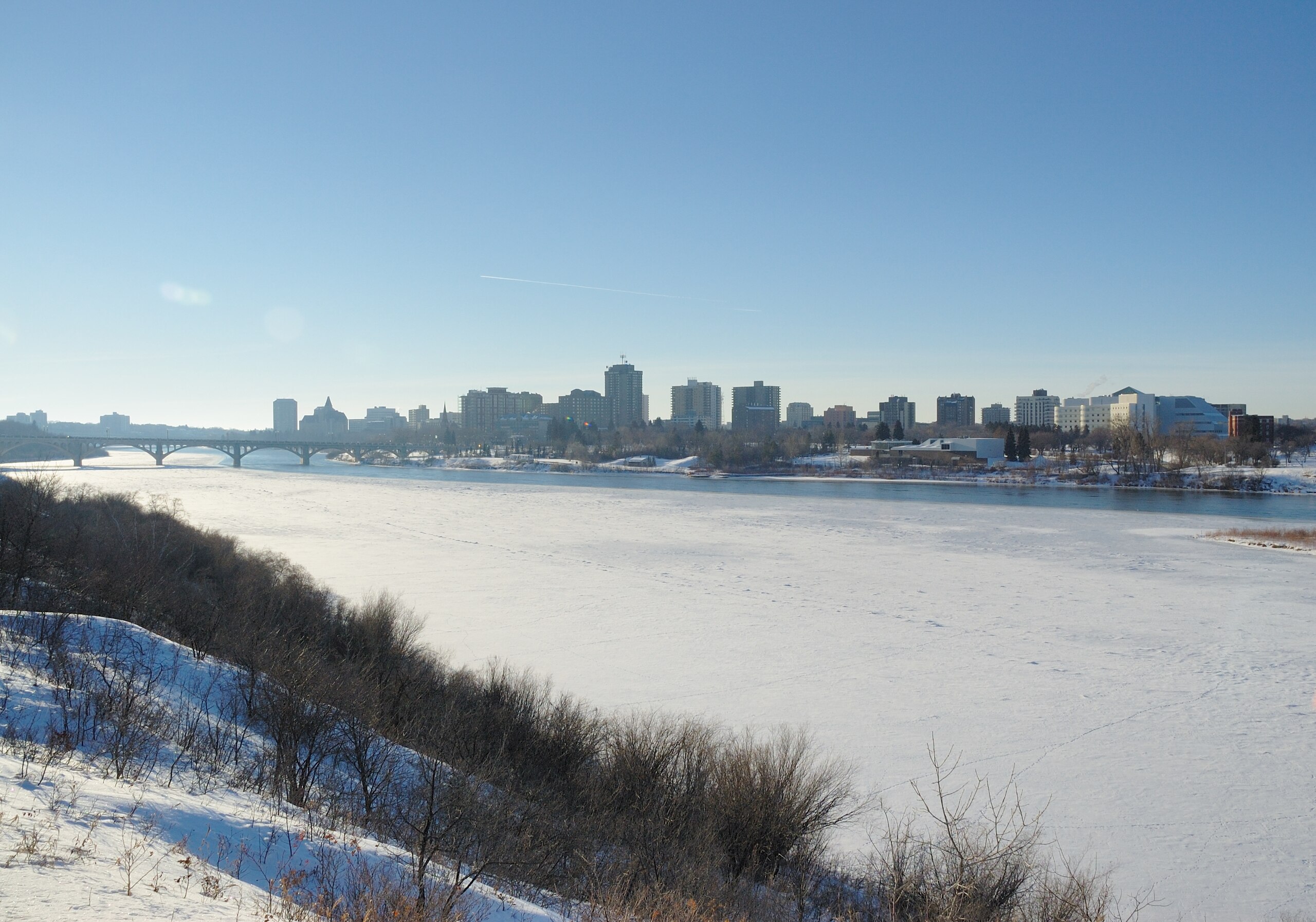 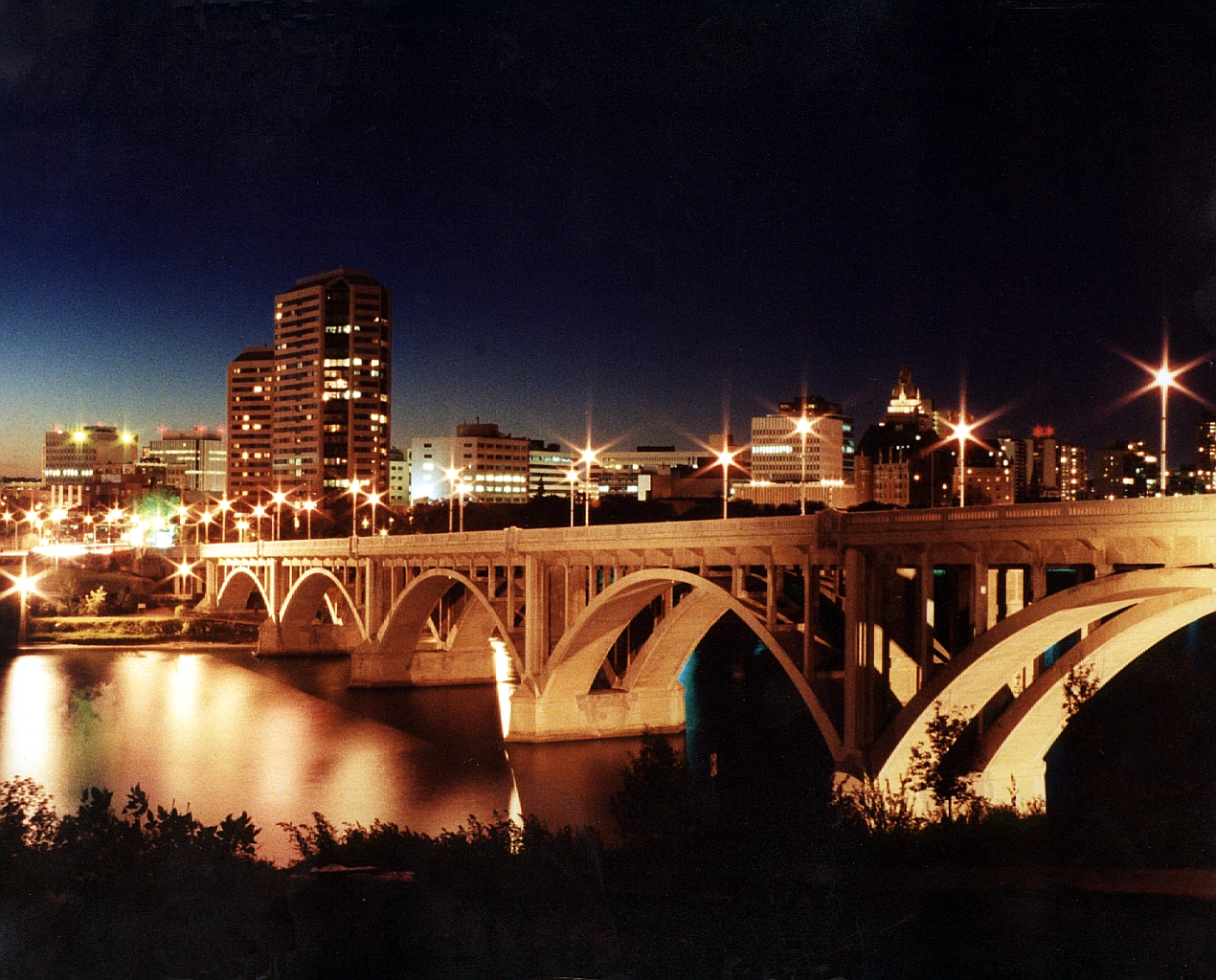 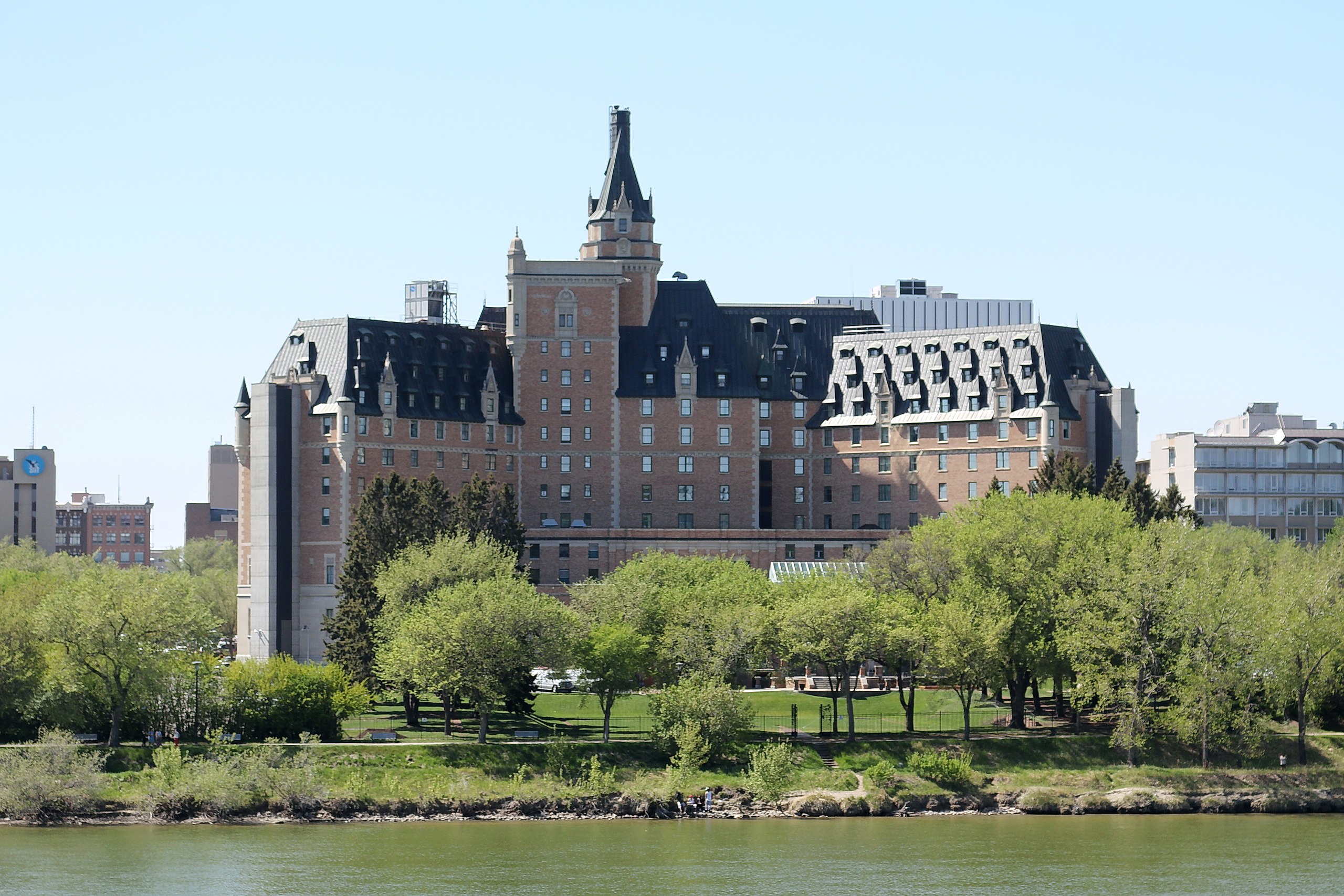 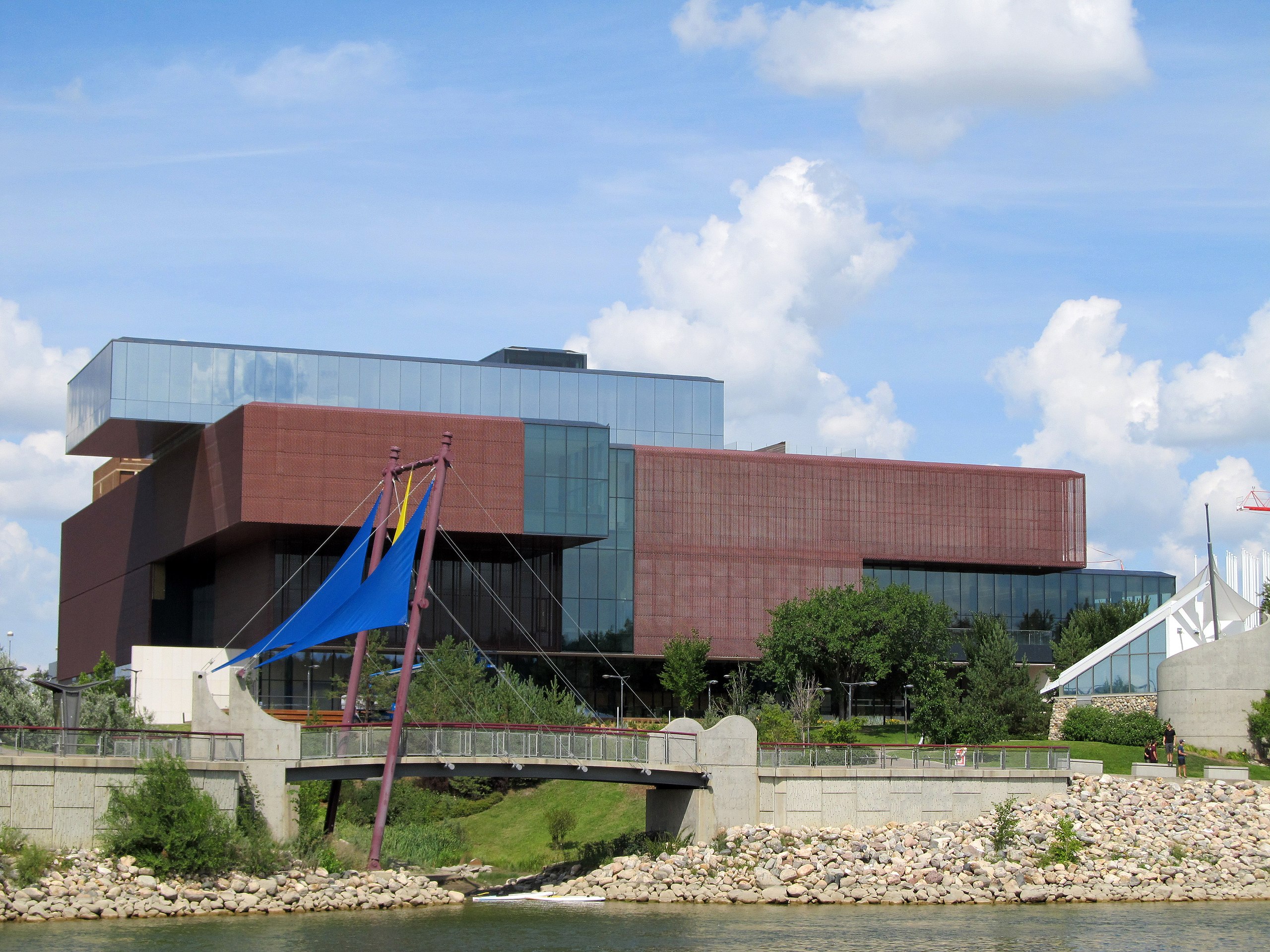 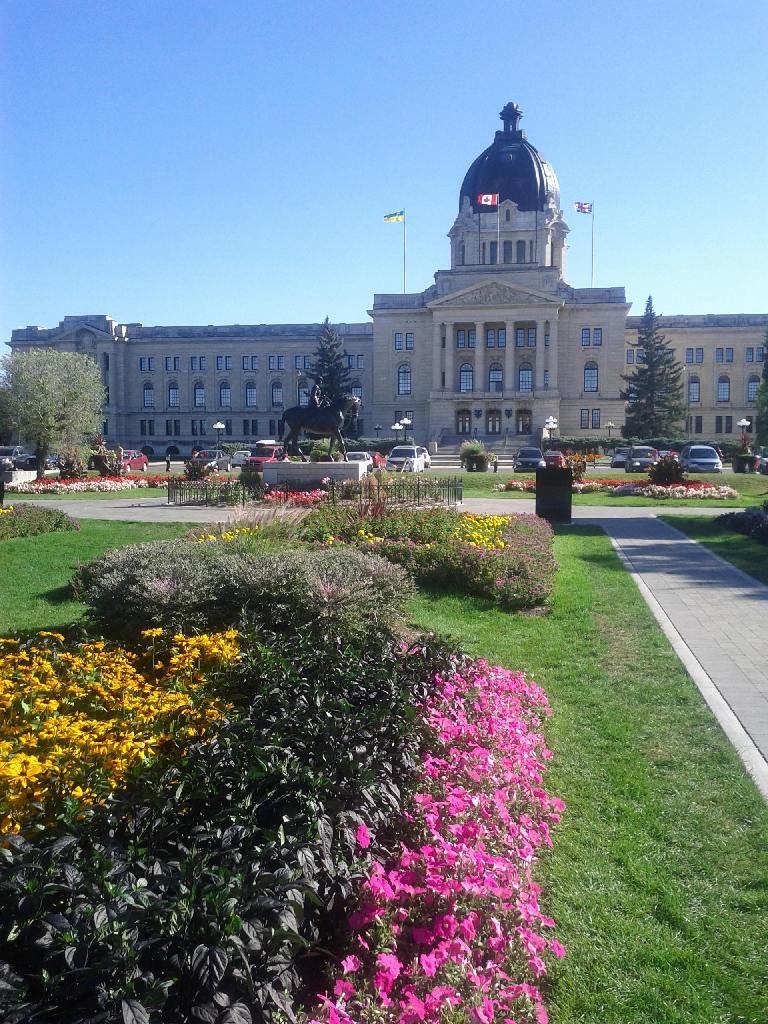 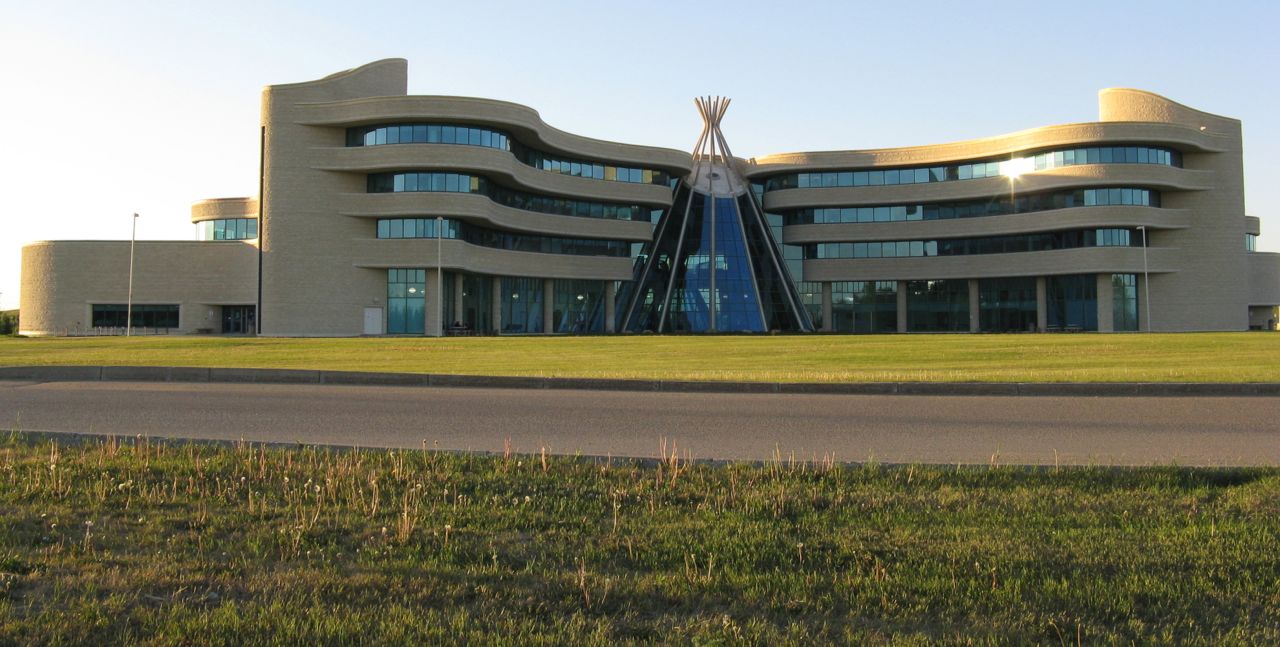 Welcome to Ontario – Canada’s largest province by population, and the center of the country’s media.

It is also home to more NHL hockey players than any other place in the world.

The Canadian National Capital is in Ottawa. The collection of buildings are on what is known as Parliament Hill. They were built between 1859 and 1927.

The metro area is the 5th largest in the country with 1.3 million people.

Many of the buildings are open for tours. The main assembly hall has started a 10 year reconstruction effort, so a new hall was built in what was previously an open space between buildings.

The city is located at the confluence of the Rideau Canal and the Rideau River.

During the summer the buildings are lit up in the evenings with an impressive light show.

Toronto is by far the largest city in Canada, and one of the major cities in North America. It is also one of my favorite cities in the world.

The CN Tower was completed in 1973 as the worldest tallest freestanding structure, a record it held until 2007.

The railroads and the lakes built the city. Today the city still has long distance train travel, as well as an extensive subway and streetcar network.

The lakeshore was once an industrial area, but is now filled with luxury condos and apartments.

The entire downtown area is filled with great architecture.

Toronto is the center of the hockey universe, including the Hockey Hall of Fame.

Hamilton is located 50 miles from Toronto, but it is one continuous city. Once a steel town, it still has some industry, but has transition to a more diverse economy today.

Windsor is across the river from downtown Detroit.

Niagara Falls is shared with New York, but the Ontario side is much nicer.

Scarborough is now part of the city of Toronto but was for many years a separate suburb. It is home to Guild Park – home of relics from down demolished buildings in downtown Toronto.

It is also home to the RC Harris Water Treatment Facility AKA – Palace of Purification.

Quebec is 2 1/2 times the size of Texas, and nearly as large as Alaska, stretching from the USA border to past the Arctic Circle, with nearly all the people living within 100 miles of the American border.

With French being the primary language it truly feels like you have arrived in Europe, only it looks ‘North American’. I have always enjoyed visits to Quebec and look forward to going back.

Quebec City is the capital of the province. It is one of the oldest towns in North America, having been first settled in 1535, and founded as a town in 1608.

Nearby is Montmorency Falls, one of the largest volume waterfalls on the continent.

Canyon Saint Anne is another impressive natural setting, with a series of waterfalls dropping over 200′ through the canyon.

Pohenegamook is a small town on the Maine border, where some houses literally are sitting in both countries.

Montreal is the 2nd largest French speaking city in the world.

Old Montreal was the original setting for the town. Today it is the tourist center.

Montreal is home to a number of impressive cathedrals.

Parc Jean Drapeau is on a couple of islands in the middle of the St Lawrence River. It is home to, among other things, the Formula 1 racetrack. It is easily accessible via the Metro.

The Montreal Botanical Gardens is one of the finest in the world.

Montreal was host to the 1976 Olympics.

The city has a great collection of architecture.