The very impressive Chicago Cultural Center started out life as the Main Chicago Public Library. Despite the plethora of legendary Chicago architects this building was designed in the late 1890s by the Boston architectural firm of Shepley, Rutan and Coolidge.

The details are immediately evident as you enter from the Washington Street entrance and start up the staircases.

The main circulation room when it was a library is now known as the Preston Bradley Hall. This room features the largest Tiffany glass dome in the world.

A second view looking straight up with the light in the center, changing the look and coloring of the dome.

At the north end of the building is the Grand Army of the Republic dome. This 40′ diameter dome was designed by Healy & Millet. It contains over 50,000 pieces of glass in a Renaissance pattern.

The Chicago Cultural Center has free admission and a number of exhibits, none of which are as impressive as the building itself.

The Chicago Architecture Foundation is a large non profit group that supports the historic architecture of the city. With a small army of volunteer docents they offers numerous options for tours, so many that we have decided to become members.

For this cold Saturday we had two tours queued up – the first is Historic Treasures of Chicago. This tour focused on the buildings and people who were instrumental in the development of downtown around the time of the 1893 World’s Fair.

As we left the new CAF facility on Wacker Drive we had an immediate view of some of the classic details in the buildings of the period with this relief carved in the side of 333 North Michigan Avenue.

As we made our way down Michigan Avenue we passed the Carbide and Carbon Building. Now a boutique hotel, it was designed by the Burnham Brothers, sons of Daniel Burnham. While not from the late 1800s – early 1900s period (it was completed in 1928), it is still a great building.

Further south is the Chicago Cultural Center. Originally built as the main public library, we have visited this building often, and will finish this tour inside, but the first part of this tour took us along the outside where you get great contrasting views of old and new.

Millennium Park might not seem like it belongs in a story of Historic Treasures, but without the foresight of Burnham and others the park would not exist.

In addition the legacy of the Wrigley family lives on in the columns.

A skating rink is set up for winter – with a view of the bean.

The Montgomery Ward Tower is located at 6 North Michigan Avenue. During it’s heyday, Montgomery Ward was the Amazon of the time – with mail orders shipped throughout the country.

The building was originally built with a pyramid top and statues, which brought the height to 394′ the tallest in Chicago at the time. After the removal of these the building is 282′ tall.

Our next stop was the opulent Palmer House. There has been a Palmer House hotel on this site since 1871. The first one had the misfortune of being completed just 13 days before the Great Chicago Fire, in which it burned down.

The second one was completed in 1875 and lasted until 1925, when the current, much larger, hotel was built.

A close up of the clock shows some of the detail that exists throughout.

Nearby on Wabash is Jewelers Row. While a number of small, independent jewelers still exist the national chain, Kay, took over the famed store with the peacock clock (while doing a very poor job of painting over the former name).

We continued on to State Street where we found the Sullivan Center at the corner of State and Madison. Originally known as the Carson Pirie Scott & Company Building, it was designed by the famed Louis Sullivan in 1898.

The building is known mostly for it’s significant metal ornamentation of the lower floors, as well as the large ‘Chicago Windows’ throughout.

At one time there were 7 large department stores in downtown Chicago, now there is one. This was one of the original 7, now it houses a Target store on the 1st two floors and a college on the others.

The aforementioned Macy’s store was once the flagship Marshall Fields. To a person every Chicagoan will tell you that the building and the store has gone downhill since Macy’s took over.

The most noteworthy architectural item in the store is the 30,000 piece Tiffany’s ceiling.

Our final stop was the interior of the Chicago Cultural Center. While we have been in here a number of times it is always worth revisiting, with it’s magnificent Tiffany’s ceiling.

As always the CAF tours are well worth the time and money. Our docent Tim was very knowledgeable and personable, giving insight to the buildings and people that built them. 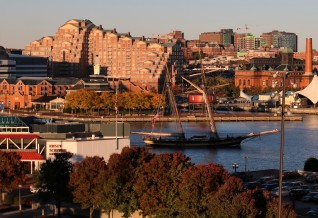 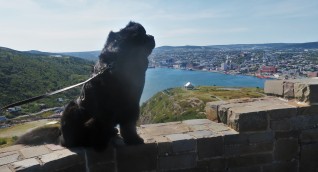 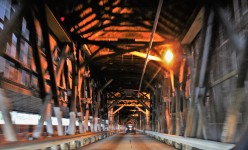 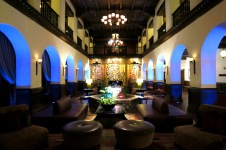